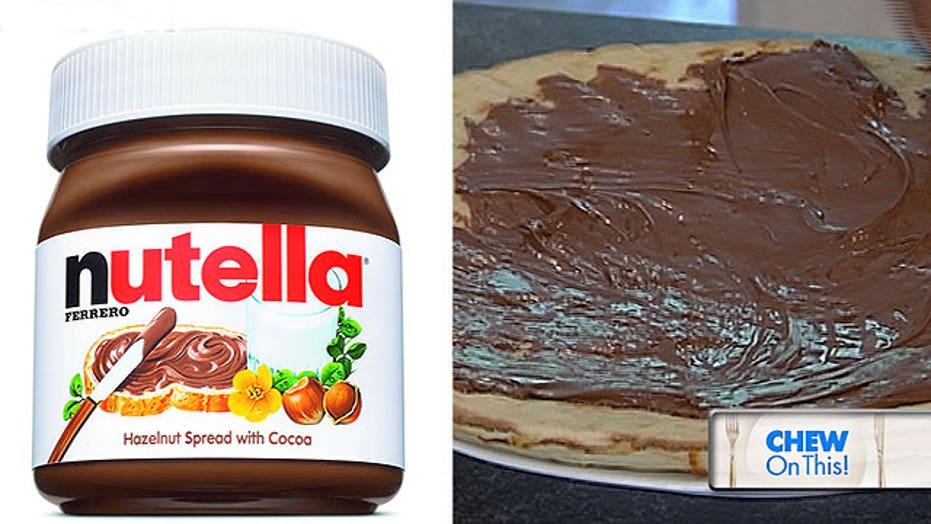 America's favorite hazelnut spread Nutella is wrapping up its 50th anniversary celebrations with a star-studded creation from famed pastry chef Dominique Ansel. The Cronut creator has made Nutella-stuffed Cronut holes to mark the end of three days of celebrations around the globe - kicking it off with a street party on Saturday in Alba - the hometown of Nutella's creator.

While the Nutella fad has taken off in the U.S. over the past few years, the product's history hasn't always been so sweet.

Pastry maker and owner of the Ferrero chocolate company Pietro Ferrero invented the spread in the 1940’s, using hazelnut butter as a filler because the cocoa supply was short during World War II. Before the Italian treat was spreadable, Ferrero packed it in tin foil for slicing. It was called “Pasta Gianduja.” "Pasta" is paste in Italian and "Gianduja" is the name of a famous carnival character in Ferrero's region of Italy. In fact, Gianduja was featured in early advertisements for the brand.

In the mid-1960s, the confection was altered for the jar and became known as Nutella.  It was a hit across Europe. Americans got a taste of it in 1983 when the Ferrero family began importing it to the United States.

Despite its high sugar content, Nutella was first touted in the U.S. as a healthy breakfast choice because the product contains skim milk. But in 2012, two California moms, Athena Hohenberg and Laura Rude-Barbato filed a class action lawsuit against Ferrero after the company aired TV ads claiming Nutella was healthy for kids. Two tablespoons has 21 grams of sugar. A judge sided with Hoehenberg and Rude-Barbato. As part of the settlement consumers who bought a jar of the spread between 2008 and 2012 could file a claim for up to $20 of the $2.5 million payout.

The company was also forced to change it labels to show the fat, sugar, and calorie information on the front of the jar. Despite its not-so-healthy reputation, Nutella owns 70 percent of the chocolate spread market today, beating out other brands such as Hershey and Jif.

Now the brand is expanding beyond the supermarket shelves. Ferrero has opened Nutella Cafes - one in Chicago and one in New York - where it sells pastries and other treats featuring the famous spread.

People are lining up for blocks in New York at Mario Batali’s newly opened Nutella Bar at his Italian market, Eataly. There you’ll find many different ways to enjoy the sweet treat – even a-made-to-order crepe with the spread tucked inside. At the Chicago outpost which opened in December, wait times can be up to an hour.

On Monday, Ansel's stuffed Cronut holes are creating  their own lines.  People started lining up as early as 9am to get a taste.

And the chocolate goodness doesn't end there.

Nutella is also launching a 16 city national truck tour. Now that’s a food truck we’d like to ride in.