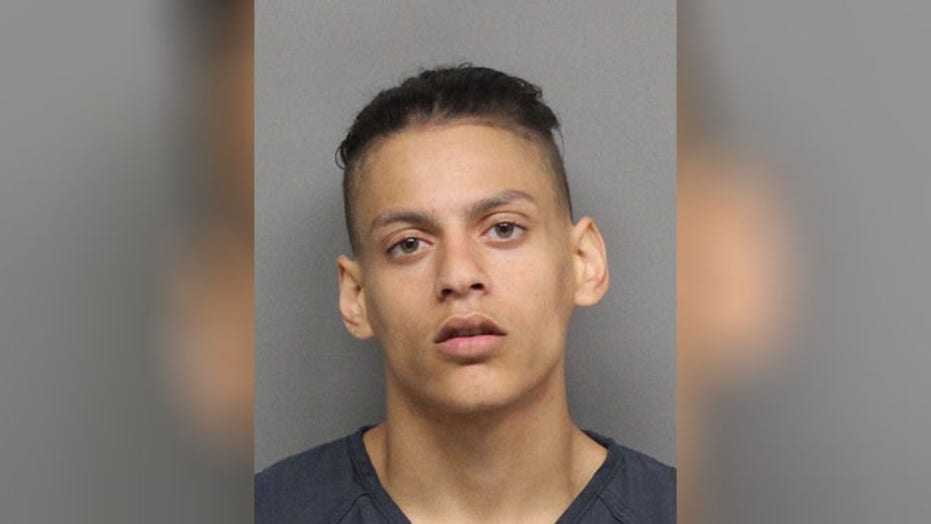 It turns out, it’s really hard to hide a machete in a pair of sweatpants.

A customer at a McDonald’s in Lincoln, Neb., reportedly brought the bladed weapon into the restaurant Monday morning. When he was told by employees that he wasn’t allowed to have it on the premises, he unsuccessfully tried to hide it in his sweatpants.

Kelly Save was reportedly arrested for disturbing the peace and carrying a concealed weapon. (Lincoln Police Department)

Police responded to reports of a man with a machete in a McDonald’s, KETV reports. When they arrived on the scene, they reportedly discovered Kelly Savage with an 18-inch machete in his pants.

When they questioned him about the blade, he claimed that he had just been hired as a lumberjack, 1011 Now reports. Authorities also allegedly found a BB gun in Savage’s coat. He was arrested for disturbing the peace and carrying a concealed weapon.

This isn’t the first unusual item that someone has attempted to bring into a McDonald’s.

In early June, two men reportedly rode horses through the drive-thru in Staines, England, stole another car’s order and then tried to get one of the horses into the restaurant. The incident was caught camera, which shows the large animal walking up to the door, but stopping before going inside.

“They came through the drive-thru on their horses and ordered two drinks from the side window. They paid for the two drinks and then went to the collection point and said they had another order, which was the car behind's order,” said the restaurant’s manager, Manir Mohammed, to Surrey Live.

The incident was not reported to the police, but the RSPCA was notified. It was uploaded to YouTube.

A spokesperson for the organization told Surrey Live, “This could have resulted in significant distress and injury to the horse, and to surrounding people had the horse panicked, or got items of his harness caught on the surroundings.”