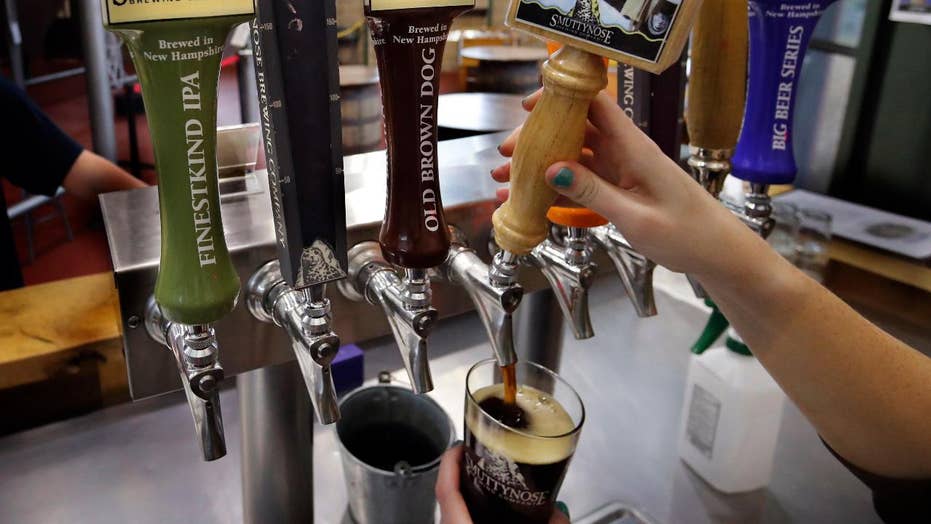 'Bar Rescue' host Jon Taffer on the shifts in alcohol consumption and the growing number of emotional support animals in plane cabins.

In an evident bid to cash in with the young – and young at heart – Pabst Blue Ribbon (PBR), Natural Light and Four Loko have all recently announced they’re releasing hard seltzers. The brands are ready to duke it out in the liquor aisle – and on social media – for the best bubbly, with hard seltzer sales reportedly up over 200 percent in the last year, surpassing nearly all craft beer brands.

For starters, PBR announced via Instagram on Aug. 11 that it will be testing a spiked seltzer of its own with a limited release in California, Arizona, California, Montana and Texas. The company’s “Stronger Seltzer” stands out from the crowd (and many other beers) with an ABV of 8 percent, while most other seltzers’ ABV hovers around 5 percent, Insider reports. The lime-flavored booze packs 228 calories per can.

PBR revealed on Aug. 11 that they’d be testing a spiked seltzer of their own with a limited release in California, Arizona, California, Montana and Texas. (Pabst Blue Ribbon)

The next day, the folks at Natural Light revealed on Twitter that they would also be debuting a hard seltzer later this month. According to the Wall Street Journal, the company hopes its bubbly will make a splash with one key demographic in particular: collegians. The outlet reports that Natty Light’s fizzy drink will cost about 20 percent less than other brands, and be sold in ever-popular 25-ounce tallboy cans as well as the traditional 12-ounce size.

MOMS CELEBRATE FIRST DAY OF SCHOOL WITH WINE AND DOUGHNUTS: 'WE WILL BE JUST FINE'

The company reportedly hopes their bubbly will make a splash with one key demographic in particular: collegians. (Natural Light)

Natty Light’s take on the trendiest drink of summer 2019 will come in peach-mango and black cherry-lime flavors, as per the Journal, with 133 calories in each 12-ounce serving.

Not to be outdone, the folks at Four Loko also shared that they, too, would soon be selling a spiked, carbonated drink with an unbelievable 14 percent ABV packed in a “hint of blue [raspberry] flavor.

“Hard Seltzers ran so we could fly,” reps for the brand declared on Twitter on Aug. 13.

Not to be outdone, the folks at Four Loko also shared that they, too, would soon be selling a spiked, carbonated drink with an unbelievable 14 percent ABV packed in a “hint of blue [raspberry] flavor. (Four Loko)

The calorie content for Four Loko’s “harder” take on the favorite drink remains unclear at this time.

Nielsen data indicates that hard-seltzer sales have jumped a whopping 200 percent through the last year, and is now poised to become a $2.5 billion industry by 2021, Business Insider reports.

The light, sparkling choice is a favorite with the millennial set, according to CBS 58, with hard seltzers sales surpassing all craft beers in the U.S. besides MillerCoors’ Blue Moon Belgian White.