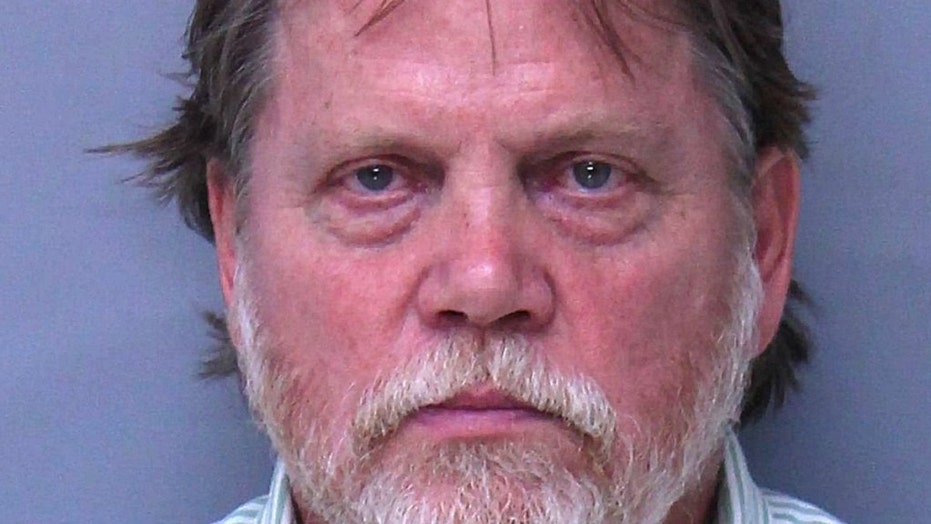 One Florida man was recently apprehended by police for writing an anti-gay remark on his waiter’s receipt after dining at a local restaurant, stuffing the bill down the manager’s blouse when confronted, and fleeing the scene.

Last weekend, Frederic Sterry Smith and a female companion finished their meal at Milagro On 12 Latin Kitchen in St. Augustine, Naples Daily News reports, before things quickly took a turn for the worse.

According to the outlet, Smith left no tip and wrote “if he wasn't gay” on the bill, police said. The male waiter notified the female restaurant manager of the offensive note, who proceeded to approach the man outside the establishment.

MAN WITH BOAT FULL OF BIKINI-CLAD WOMEN PUT ON 'QUITE A SHOW' AT RIVERSIDE RESTAURANT, POLICE SAY

Smith admitted to the deed, yanking the receipt from the manager's hands before ripping it up, grabbing her collar, pulled her shirt open and shoving “the torn check down her shirt, touching her breast with his hand,” as per the police report.

The manager reportedly screamed that it was an assault, as the aggressor drove away.

Law enforcement officials were contacted, and police tracked down Smith within an hour, the Daily News reports.

According to the outlet, when questioned, the man reportedly became “verbally abusive and angry,” denying the stunt.

"I can say whatever I want, to whoever I want!" he cried.

Smith’s female companion, who has not been identified by name, echoed “we didn't touch her," referencing the restaurant manager.

Arrested and charged with simple battery, Smith was booked into the St. Johns County Sheriff's Office jail and released on $500 bail on July 28.