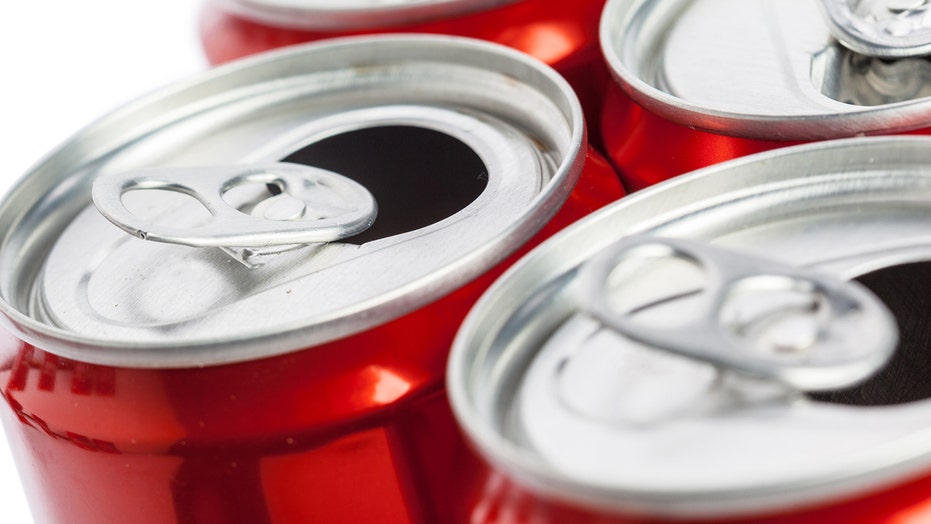 Be warned, residents of Tarrant City, Ala. -- there’s a trio of “Faygo bandits” on the loose in your area.

Tarrant police confirmed on Thursday that three suspects broke into the Big Boys convenience store very early that same day by ripping the store’s doors off the hinges with their truck. But once inside, one of the crooks couldn’t break into the manager’s office, presumably where the cash was held, so he walked off with nothing.

Well, not nothing exactly.

After ripping the doors off the convenience store and then being unable to enter the office, one of the crooks walked out with a 12-pack of soda. (Tarrant Police Department)

“So he figured he wasn't leaving empty-handed, he was going to grab something. I guess beer and cigarettes weren't close enough, so he just grabbed a 12-pack of Faygos,” Lt. Phillip George with the Tarrant Police Department said, per WBRC.

Tarrant police also shared the news to Facebook — along with pictures of the masked criminals fumbling with their truck — asking anyone with information to help them identify the #FaygoBandits of Tarrant City.

Most Facebook commenters, however, were more interested in questioning the motive behind the suspects’ last-ditch soda grab, with one even jokingly theorizing that the crime was committed by the members of the music group Insane Clown Posse, being noted Faygo enthusiasts themselves.

“Shaggy 2 Dope and Violent Jay is who you look for folks,” one person wrote.

“If that's all they wanted they could have gone to Wal-Mart for a lot less trouble,” one wrote.

“If it was grape or red pop, they were high af. Needed something to go with those Doritos and Cheetos,” another joked.

“I swear all you took was the cheapest damn thing in the store a 12 pack of faygo is like $1,” said another. (WBRC, meanwhile, valued the crooks’ take a bit higher, at around $4.)

Others, however, were just curious as to what flavor the bandits opted for.

“That Faygo redpop [sic] though,” one said. “Delicious.”

A representative for the Tarrant Police Department was not immediately available to confirm whether the suspects had been identified as of Friday morning.