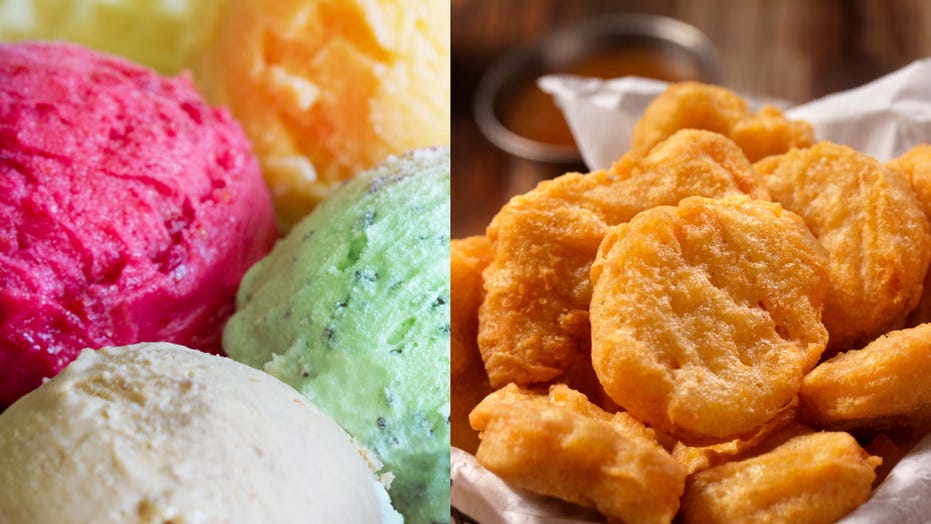 Chicken nuggets are great and ice cream is great, but they were never meant to go together.

XXI Ice, an ice cream company based out of Dundalk, Ireland, released a video to Facebook of the unusual dish. The footage shows three nuggets being placed on an extremely cold surface. The cream is then added on top of it, and the chicken is then chopped and mixed. As the cream freezes, the two ingredients are spread out over the surface and flattened out.

The nugget-ice-cream combo is then sliced into rectangular pieces, which are then rolled up. The rolls are then placed into a cup, which is garnished with three additional nuggets. All told, it takes about three minutes to prepare.

While it might seem unusual, that’s exactly what XXI Ice is going for.

“I suppose we create custom ice creams,” a spokesperson for XXI Ice told Fox News. “We turn anything we can mash into ice cream, from chocolate to McNuggets. Nothing is too far! We are trying to bring ice cream rolls to Ireland in what is a new and exciting take on your standard ice cream.”

The company’s Facebook page shows off other combinations, such as ice cream rolls combined with a Krispy Kreme donut. They’ve even made rolls combining ice cream with Prosecco. With the chicken nugget ice cream, however, they’ve definitely broken the mold.