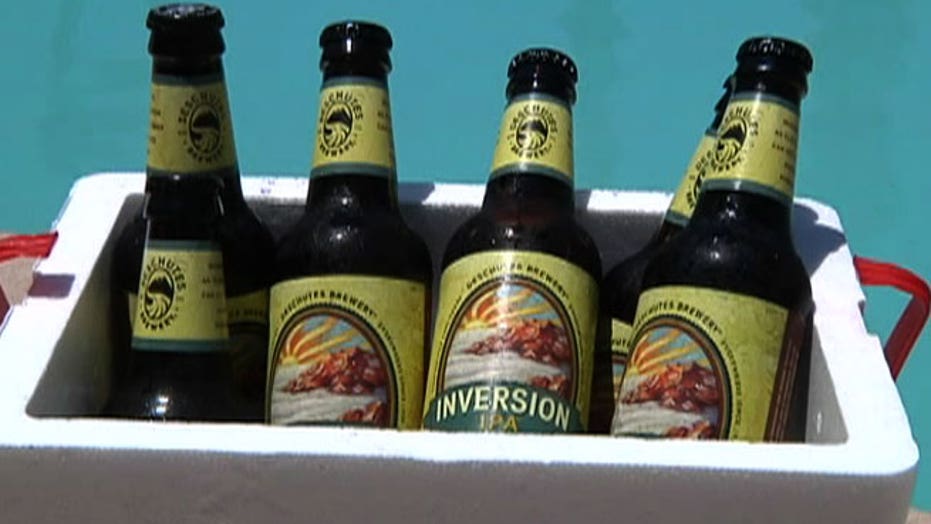 A Canadian brewery is releasing a new beer featuring President Donald Trump on the can-- but it's not exactly celebrating the American leader.

The craft brew, called Fake News Ale, is described by Toronto-based Northern Maverick brewing as “an easy-drinking beer,” perfect for “long discussions over world events with friends,” and pairs well with “small hands, striking comb overs, HUUUUGE egos, and all things Mexican.” And it's a mild 5 percent ABV, comparable to Budweiser.

"I was watching the news then "Saturday Night Live," while drinking six Ontario craft tall boys, and wondering if I could write a few jokes and raise money for a great cause at the same time," Kaptyn says.

The company is donating five percent from every can sold of “Fake News Ale” to what they're saying will “help reverse a questionable policy" being promoted by the president. The brewer intends to invite customers to nominate worthy causes on its site in the coming weeks to determine which charities will receive the proceeds.

"We are going to provide a list of charitable causes on our website that can be voted on by the public. People can also write in a cause if they wish," Kaptyn says.

As for the other charitable beers, Northern Maverick hasn't decided on a cause or a focus for the next one. Kaptyn says that additional philanthropic ales will be released in six to 18 month increments.

The beer’s tagline is “Make beer great again," and Kaptyn adds that, "No free speech was harmed or sent out of the press room in the making of this beer."

This isn’t the first time someone has come up with a way to food-troll a politician.

Avery’s beverages created sodas for the presidential candidates running in 2016. Trump's was an acidic, bold grape flavor that tasted more like the actual fruit than the usual purple soda.

7 RULES FOR BUYING BEER AT A GROCERY STORE

Avery also offered a Hillary Clinton-themed beverage, called “Hillary Hooch”-- a berry-flavored soda with a “classified” marking on the label (get it?). Despite the confidential nature of the drink, it was a combination of raspberry and strawberry flavors with a hint of lemon.

A Baja California, Mexico-based beer, Cerveza Cucapá, also figured out a way to trick then candidate-Trump supporters into buying beer for Mexicans.

Cucapá brewed up a batch of blue t-shirts emblazoned with a picture of the presidential candidate, smiling, with his thumbs up, with the words “I Support Donald” beneath it.

The shirts were sold along beach boardwalks in southern California, and the proceeds went to buying a few rounds of beer for customers in Mexico.

When the sun hit the shirts, however, a red clown-nose appeared on Trump's face.