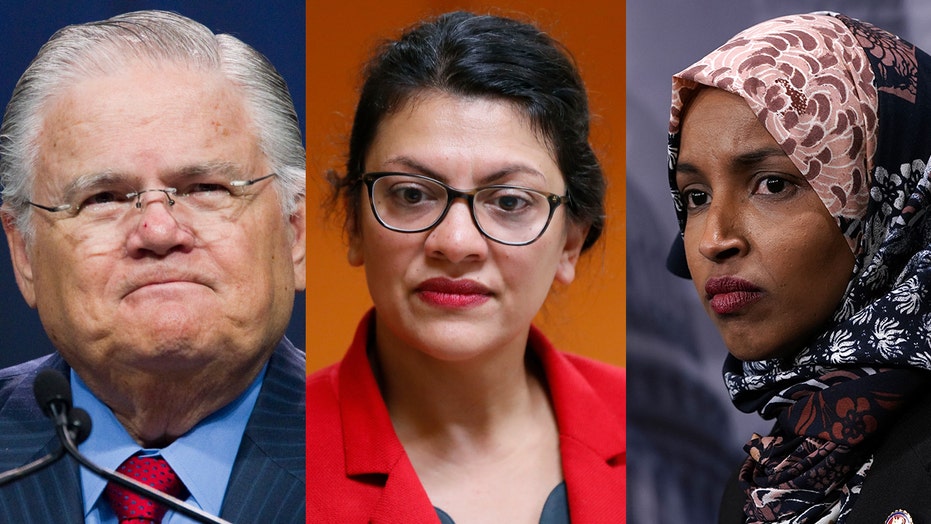 Pastor John Hagee is calling on Congress to define and root out "very vocal and very aggressive" anti-Semitism in the country, accusing Reps. Ilhan Omar, D-Minn., and Rashida Tlaib, D-Mich. of "spouting" "poison."

The founder and chairman of Christians United for Israel, which boasts over seven million members, is hitting back at anti-Semitism head-on in three areas across the nation: Congress, the media and college campuses.

JOHN HAGEE: ANTI-SEMITISM HAS BEEN DANGEROUSLY REBRANDED – AND IT’S NOT JUST A JEWISH PROBLEM 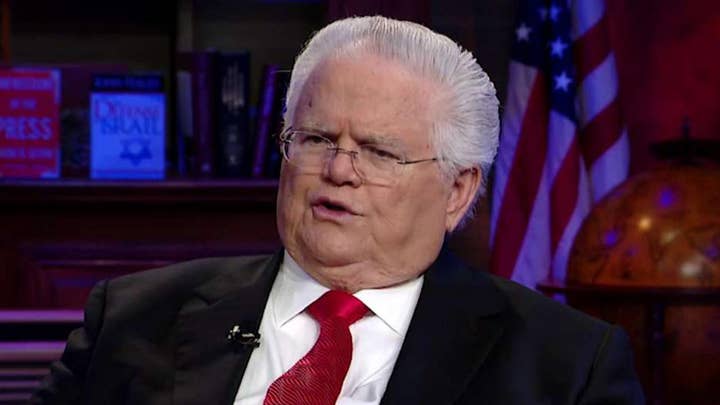 The pastor of Cornerstone Church in San Antonio, Texas said members in the House of Representatives need to call out their colleagues for anti-Semitic actions.

"In Congress, anti-Semitism is now being heard in the halls of Congress out of the voices of Tlaib and Omar," he said. "The voices of freshman congresswomen are spouting anti-Semitic poison being absorbed in the bloodstream of this country. Members of Congress who say they are pro-Israel do not have the courage to rebuke them by name or to discharge them from their political positions."

Israel decided to block Omar and Tlaib from entering the country after President Trump expressed dismay on Twitter, following their efforts to spurn Israel with a Boycott, Divestment, and Sanction (BDS) resolution, which Hagee calls "economic anti-Semitism." 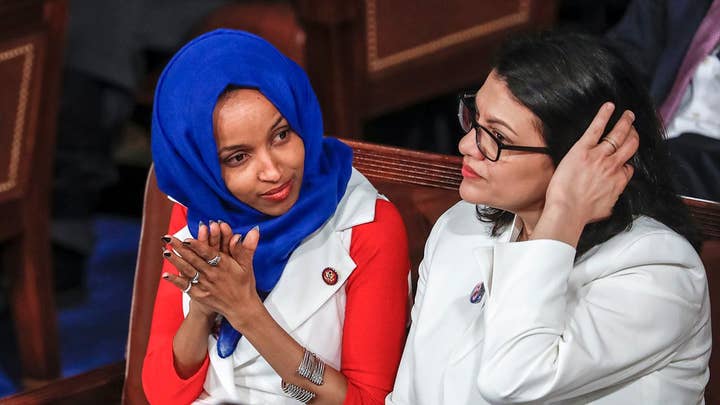 "You cannot be a friend to the Jewish people and hate the Jewish state," Hagee said. "Anti-Zionism is anti-Semitism."

And it's a problem rampant on college campuses, he said, "where far-left groups make alliances with radical Islamic groups to harass pro-Israel students." He says Israel Apartheid Week is "nothing more than sponsored intimidation. It isn’t about learning or debating it’s entirely about attacking and harassing Jewish students on the college campuses of America."

The evangelical pastor added, "The Ghost of Hitler is walking across the colleges and university campuses of this nation smiling. If we do not use our freedom to defend our freedom, we’re going to lose our freedom."

Christians United for Israel grows to 7 million members with praise from Israeli Prime Minister Benjamin Netanyahu and the Trump Administration. (Courtesy of CUFI)

"Anti-Semitism is in the media when you consider the cartoon that came out in the New York Times recently," he said of the cartoon depicting Prime Minister Benjamin Netanyahu as a “Jewish dog” leading President Trump, depicted as a blind man wearing a yarmulke.

"The NYT in printing those tropes are giving the oldest world’s oldest hatred a platform and they give the poison of anti-Semitism respectability," he added. "The NYT is anti-Semitic."

The megachurch pastor said Congress needs to clearly define anti-Semitism as the United Nations and 31 other countries have already done, as well as the State Department.

He also said anti-Semitism needs to be attacked as wrong in the media, in the American pulpit, on college campuses, and for "BDS to be absolutely demolished."

CUFI is working to get the Anti-Semitism Awareness Act passed in Congress.