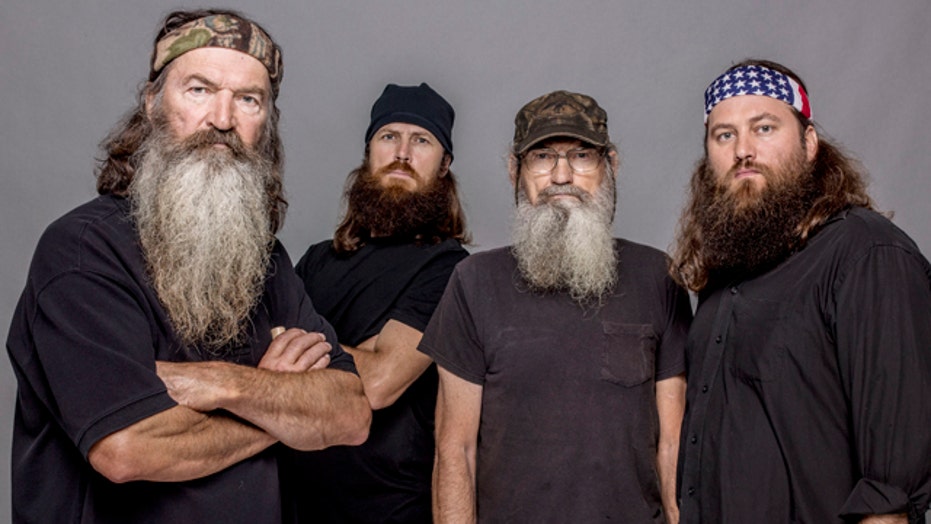 Can 'Duck' survive without Phil?

Phil Robertson, the patriarch of the hit A&E reality show, “Duck Dynasty,” may have cooked his own goose when he made controversial comments to GQ about homosexual sex, but has he ruined the reality star ride for the rest of his family?

FOX411’s In the Zone spoke with two pop culture experts to get their take on the fate of the famous family.

“At this point, I feel like he’s going to have to come back for the show to really gel again. I can’t see [the rest of the family] doing it without him,” said Star Magazine Deputy editor Matt Coppa.

Meanwhile Valerie Greenberg, of YouveBeenVALidated.com, said if the family agrees to go on without Phil, they still have a shot maintaining their superstar status.

“I think if Phil does not return to ‘Duck Dynasty’ the show will go on. Uncle Si said it best, ‘it’s better to be rich than poor,’" Greenberg said.

But if the show must go on without the Robertson family dad, will fans still tune in?

“One of the nice things about the show is that it’s a family show,” Coppa said “He sort of injected controversy into this situation which might turn some families off. A&E felt the pressure to do something. I don’t know whether or not this is going to affect them adversely or have a big backlash or not… When a family wants to watch a show they don’t want to have to deal with that sort of thing. They want it to be controversy free, and the fact they his bringing these issues into the program might just turn people off.”

Should the Robertson family issue a statement regarding Phil’s comments?

“I think that it’s very important that the Duck Dynasty family issue a statement in regards to Phil’s comments in order to smooth things over with their audience and the general public because of the fact that they were really stomach turning comments, and I would think that we’re past this at this point,” advised Greenberg.

“Phil already released a statement standing behind what he said although clarifying a bit and saying he doesn’t really wish any ill-will towards anybody but it’s pretty well known what their views are. Nobody has really said specifically about homosexuals or what they feel but you know they’re Christians. They’re very outspoken Christians and they’re very proud of being Christians,” Coppa continued, “ Whether or not they need to clarify exactly how they feel or whether or not they stand by their dad, I feel like any statement they have will basically say that they stand by their father.”