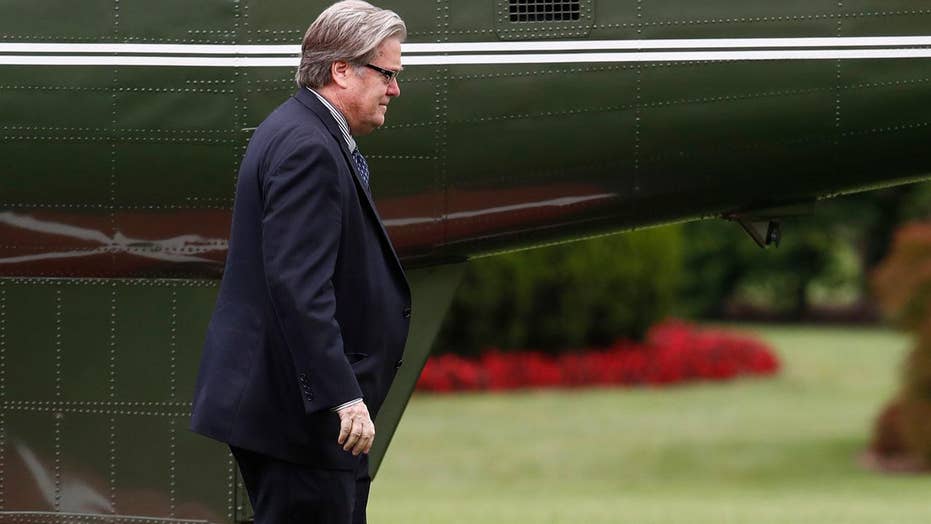 Steve Bannon tells the press about division in the West Wing

Did something happen to Steve Bannon's face?

The Breitbart editor sat down with Charlie Rose on CBS' "60 Minutes" on Sunday for an explosive tell-all about his time as White House Chief Strategist.

The Los Angeles-based photographer, who claims to have met Bannon, said something was fishy about how the Breitbart chairman looked on camera.

For one, he claimed CBS may have added color saturation in edit.

"It seems like 60 minutes would like you to listen less and look more at Steve Bannon," he wrote. "By subtly tweaking the color of the video, they make him look like a bleary-eyed drunk."

Duke told Fox News via e-mail that he decided to make the YouTube video because, "We are in a full-blown media culture war, or as Andrew Breitbart defined it #WAR, where legacy media produces content that creates a narrative, it's not about 'truth-telling' in any way shape or form, and form is my business."

Duke narrated the tape showing side by side comparisons of Bannon and Rose, showing before and after shots of the men with and without color correction.

The photog claims that if Bannon and Rose were "graded similarly" the former White House insider would not have blurry eyes or rosey red lips and cheeks.  He would instead present with a more normal skin tone, matching Rose's.

"Steve doesn't look like the monster they want you to think that he is," Duke said.

We reached out to Peter Duke but did not immediately receive comment.