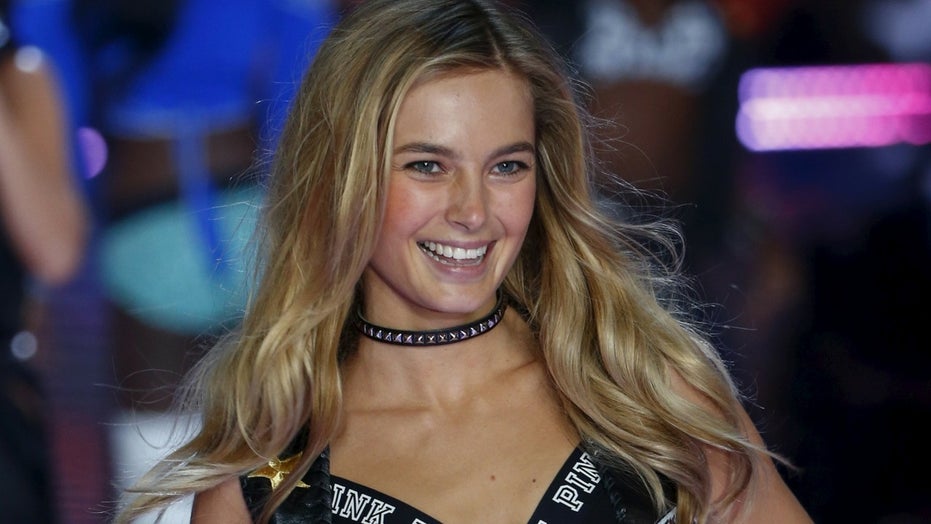 Victoria's Secret model Bridget Malcolm is speaking out about the intense pressure she once faced in the industry.

The Australian model, 27, who is recovering from severe anorexia, now claims the fashion business supports healthy lifestyles for women, but a recent social media post reveals this hasn't always been the case.

Earlier this week, the model posted on Instagram two pictures of herself at the height of her eating disorder, along with a second pair of photos showcasing her current, healthier self. In the post's caption, Malcolm described the harsh treatment she's received from clients as she suffered from anorexia, and revealed she'd been fired for adding only half an inch to her waist.

"This was me, a few weeks after I got rejected from a high profile client. And now. Strong and happy," she wrote. "The reason for my rejection was 'Bridget’s body does not look good enough.' The girl in these photos hadn’t had a period in months, and needed to sleep 12 hours a night in order to function. The most messed up part of all this though, is that I had been accepted by this client when I was half an inch smaller in previous years."

While Malcolm didn't get specific about who fired her, she remains positive about the future of the modeling industry, and expressed confidence about her current body image.

"I am so thankful that all this is behind me. It has taken a lot of work and recovery, but I am so grateful that there is a place in the industry for me now, at my healthy weight," Malcolm continued. "I am proud to be working today with people who support health in women."

VICTORIA'S SECRET MODEL BRIDGET MALCOLM: I WAS DISCOVERED AT AGE 14 WITH BRACES

In an additional blog post on Tuesday, Malcolm elaborated on her journey toward a healthier modeling life, saying she is now "free from food fear."

"I am very happy to say that my body has reached its natural set point. For the last year, my weight has not fluctuated significantly," she revealed on her blog. "I know that for a lot of people, this is not a big deal. But I have spent the last 14 years attempting to get as small as I can, and then dealt with the mental fall out when I would inevitably gain all the weight back, and then some. I can honestly say that I am now free to eat whatever I want, whenever I want. And what I see in the mirror doesn’t change dramatically."

Throughout the blog post, Malcolm discussed her struggle to maintain a hip size of 35 inches or under, and how she's promised herself to only return to modeling work if she was free to keep a healthy lifestyle.

"This year I made myself an agreement. I would return to full time modeling work, if, and only if, I was able to maintain my weight," Malcolm wrote. "If I was able to be free to eat healthily, work out, and do the job that I love, then I would continue. My health is my utmost priority."

"And I am extremely excited to say that I have had loveliest year of work thus far into my career," she continued. "My wonderful agent has made it a point to send me to sets where I am welcome at my healthiest. And these sets have been only loving and kind towards me. I find myself doing fittings with clothes my size, and if the clothes are too small, alterations are made sans comments about my size. [...] This to me shows that part of the fashion industry is truly changing."