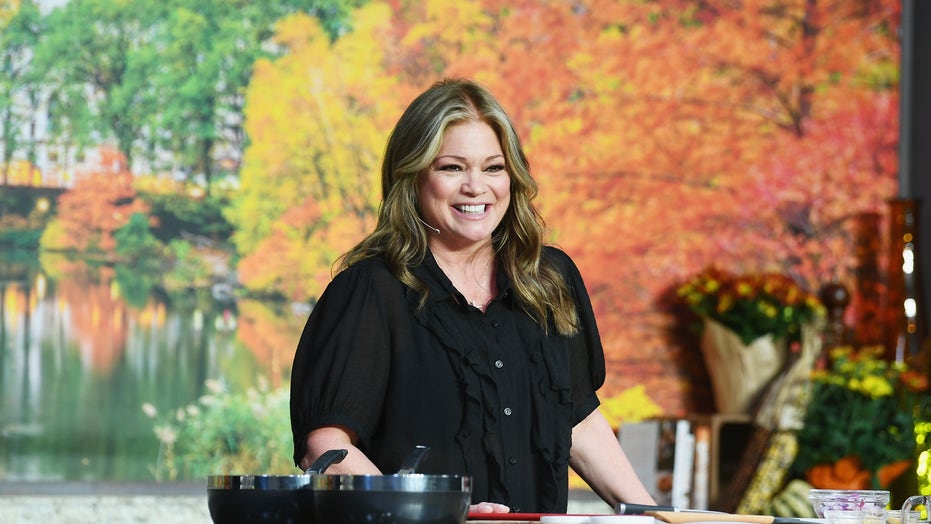 Valerie Bertinelli has begun 2020 with a new zest for life and the willingness to kick off a weight loss journey.

Bertinelli, 59, appeared on "Today" on Wednesday in a pre-filmed segment with Natalie Morales to discuss her health and fitness goals for the new year. The former "Hot in Cleveland" star made a shocking transformation in 2009 when she lost nearly 50 pounds using the Jenny Craig program. Now, the star revealed she's gained some of those pounds back and wants to abolish them before she turns 60 in a few months.

"I just feel really positive about 2020," Bertinelli told Morales in the segment, according to Daily Mail. "I feel like it's a new dawn."

The actress said she's ready to take on some healthier habits and feel "joy" again.

VALERIE BERTINELLI: BEFORE AND AFTER

"I want to lose a few pounds. I want to feel better about my life," she continued.

Bertinelli is known for her role in "Hot in Cleveland," which ran for six seasons from 2010 to 2015. It starred Bertinelli, Jane Leeves, Wendie Malick and Betty White. It told the story of three aging showbusiness veterans from Los Angeles who decided to lease a house in Cleveland after their plane headed to Paris is forced to make an emergency landing.

The Food Network star explained that she has been using food as a "numbing agent" -- a habit she wants to dispel.

According to the Daily Mail, Bertinelli's segment also included a personal essay with "Today," where she shared how she often pretends "everything's OK and that I'm happy." But in reality, Bertinelli penned that it's "been a really hard few years" due to the loss of her father in 2016, and her mother in 2019.

"But as so many of us know, when you’re busy taking care of other people, you forget to take care of yourself and life can become very challenging. And when I lost her in June, the sadness from her passing and the last few years combined grabbed a hold of my heart and stayed there for a bit too long," she continued, according to the U.K. outlet.

The star turns 60 in April, which she explained is fueling her mission to put an end to using food as a way "not to feel the sadness or the stress."

"Finding pure personal joy is a challenge in this world where there are always things slapping us upside the head -- but we have to figure out a way to find it through all of that," she added.