Actress Valerie Bertinelli is still mad about the cancellation of "Hot in Cleveland." (Getty Images)

Although it’s been four years since TV Land pulled the plug on its first scripted series, Valerie Bertinelli is still not over the loss of her sitcom, “Hot in Cleveland.”

Speaking at the Food Network’s panel during the Television Critics Association press tour, the 58-year-old actress was promoting her new series, “Family Food Showdown,” when she got to talking about her last sitcom and how upset she is that it’s no longer running.

“I’m still p---ed off that TV Land canceled us,” she said, according to TheWrap. “I think it was the stupidest thing they ever did.”

For those unfamiliar, “Hot in Cleveland” ran for six seasons from 2010 to 2015. It starred Bertinelli, Jane Leeves, Wendie Malick and Betty White. It told the story of three aging showbusiness veterans from Los Angeles, who decide to lease a house in Cleveland after their plane headed to Paris is forced to make an emergency landing.

VALERIE BERTINELLI: BEFORE AND AFTER

As TheWrap notes, Food Network president Courtney White said that TV Land’s loss is her gain. Bertinelli has hosted “Valerie’s Home Cooking” and “Kids Baking Championship” for the network since 2015.

Bertinelli previously discussed the difficulties she has with working on Food Network, mainly the temptation to eat all the delicious dishes.

“I’m trying to adjust to this life and how tempting everything is,” Bertinelli told First for Women. “It’s a struggle to try to take the weight off at my age, so I’m reevaluating what I’m putting in my body without cutting anything out or feeling guilty when I do indulge.” 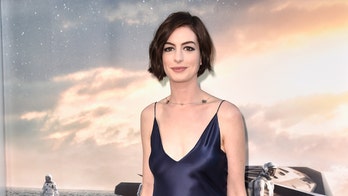