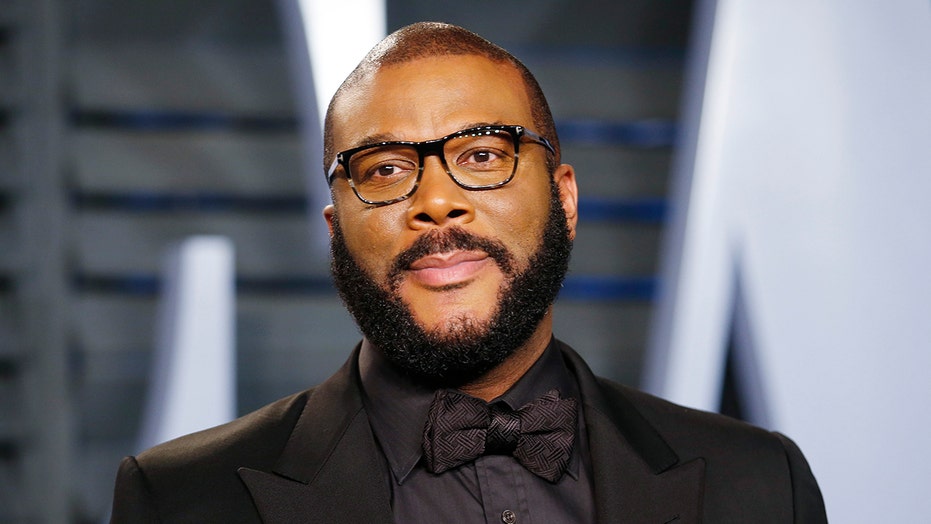 Brooks, a 27-year-old black man, was shot and killed on Friday after an encounter with police in a Wendy's parking lot in Atlanta, Ga. His death has been ruled by a homicide by a medical examiner.

Now, Perry, 50, has offered to pay for Brooks' funeral and the college educations of his children: Blessing, 8, Memory, 2, Dream 1, and stepson Mekai, 13.

This screen grab taken from body camera video provided by the Atlanta Police Department shows Rayshard Brooks speaking with Officer Garrett Rolfe in the parking lot of a Wendy's restaurant, late Friday, June 12, 2020, in Atlanta. Rolfe has been fired following the fatal shooting of Brooks and a second officer has been placed on administrative duty. (Atlanta Police Department via AP)

People magazine spoke with a source close to the situation, who said Perry "wanted to do something to help" the family.

"His heart goes out to the family during this tragic time," the source said.

Brooks' death comes amid a period of civil unrest in America as protests have sprung up across the nation -- and across the world -- in opposition to police brutality against black people.

Protests and a renewed national focus on the Black Lives Matter movement were spurred largely by George Floyd's May 25 death while in police custody after officer Derek Chauvin knelt on Floyd's neck for nearly nine minutes.

"Because of her desire that Atlanta be a model of what meaningful reform should look like across this country, Chief Shields has offered to immediately step aside as Police Chief so that the city may move forward with urgency and rebuilding the trust so desperately needed throughout our communities," Bottoms said.

Garrett Rolfe, the officer that shot Brooks, has been fired.