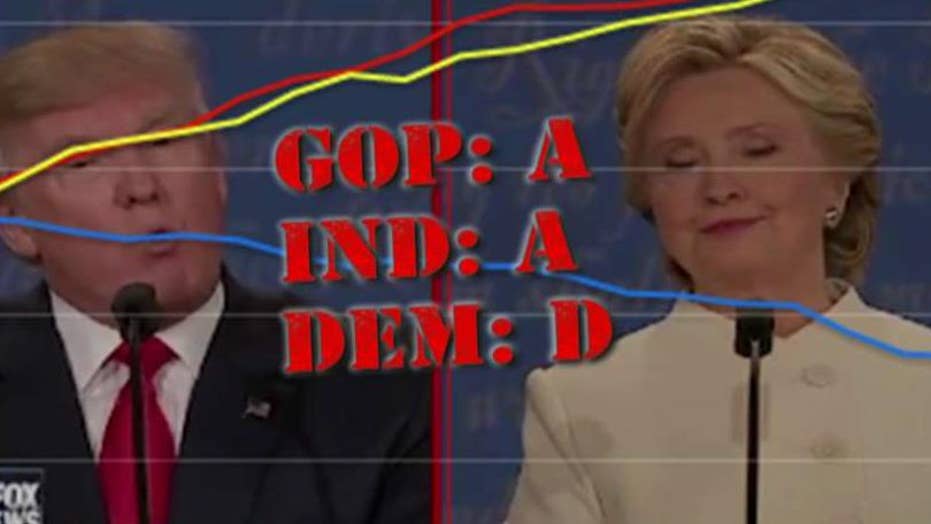 What do voters think of the final presidential debate?

The final debate showdown between Donald Trump and Hillary Clinton saw a viewership gain from their second meeting, but the turnout didn’t top the blockbuster number delivered by the first debate last month.

According to preliminary Nielsen estimates, Wednesday’s debate delivered a 39.7 overnight household rating across seven networks, up from the 37.2 rating for the Oct. 9 debate, which went up against NFL competition. The Sept. 26 face-off that kicked off the three Clinton-Trump debates grabbed a 46.2 overnight rating, which translated to some 84 million viewers, once final viewership across 11 networks (including PBS) was tallied.

NBC, ABC and Fox News lead viewership in a tight contest for bragging rights. NBC and ABC both grabbed a 6.6 rating/10 share in Nielsen’s 56 overnight metered markets, which cover about 70% of U.S. TV households.

Nielsen’s preliminary estimates for the commercial-free live telecast, which ran roughly 9 p.m.-10:40 p.m. ET, are subject to significant revision when final national ratings are released later today. These ratings are not time-zone adjusted.

This story will be updated with more final numbers as they come in.