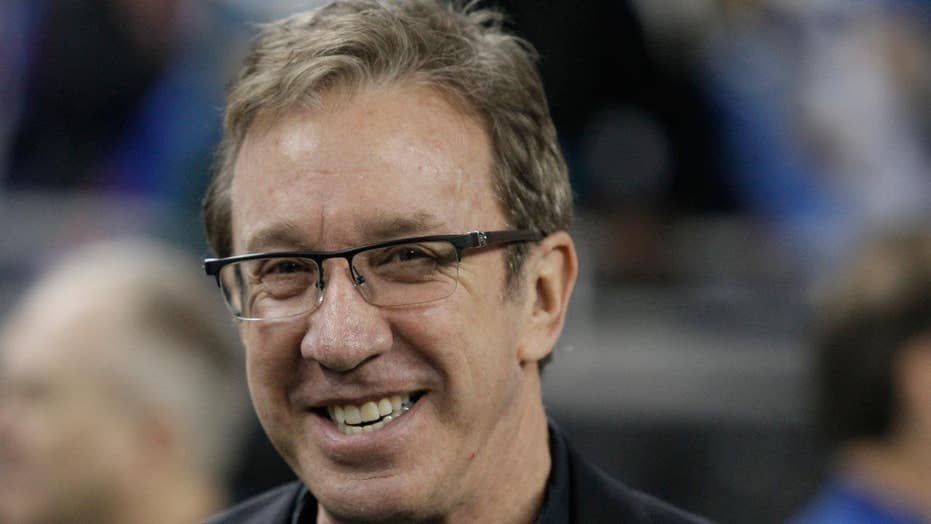 Fox411: Tim Allen reflects on time in prison, how it changed him

“Home Improvement” star Tim Allen says he’s come a long way since his arrest in 1978 for drug trafficking and the resulting two years he spent in federal prison.

Allen spoke about his time behind bars telling Closer Weekly, "It put me in a position of great humility, and I was able to make amends to friends and family and refocus my life on setting and achieving goals."

"I’m not the same guy I was the first time [I was married], when I was hiding and doing what people who drink too much do. I was not connecting.”

Allen married his first wife, Laura Deibel in 1984. The two had daughter Katherine five years later. The couple split in 1999.

In 2006, Allen wed Jane Hajduk, and had daughter Elizabeth.

Allen says his daughters don’t think he’s very funny. "The older one will roll her eyes, and the younger one just stares at me — I think she’s done with me," Tim tells Closer. "But I still try to play jokes and make them laugh."

After all that he’s been through, along with his unprecedented success, Allen said he feels “68 percent joyous, aiming for 70 percent.” He added, “I’m also extremely grateful for where I am today."