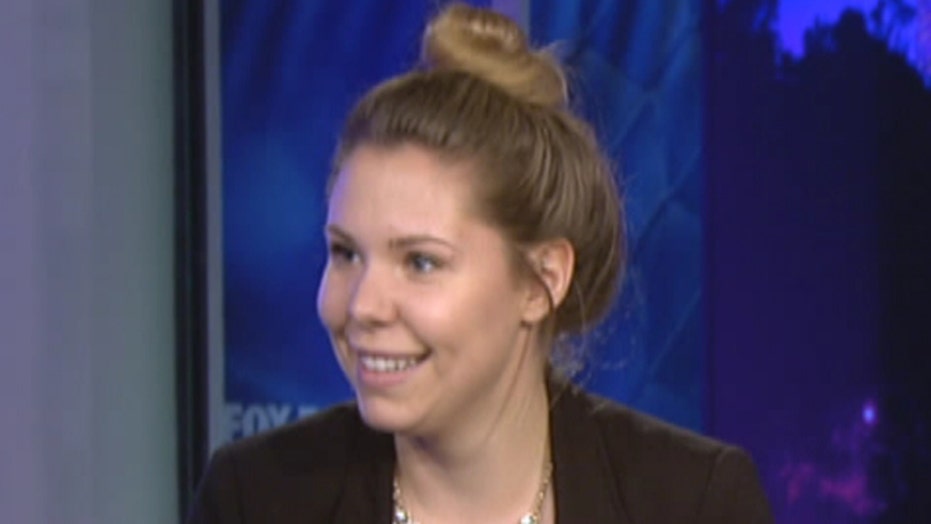 “Teen Mom” star Kail Lowry beat the odds when some doubted her ability to succeed as a young parent. She’s since had one best-selling book, and just came out with a new one called, “Love is Bubblegum.”

FOX411: Did you ever think when you were pregnant as a teenager that you would ever achieve this kind of success?

Kail Lowry:  Never. I don’t think anyone around this show or involved in this show ever thought it would be where it is today, so when I first agreed to do it I didn’t think I would ever have a book. I don’t think  it ever crossed my mind.

FOX411: What do you attribute your success to?

Lowry: I really think I just have a core group of people around me that are so supportive, and have been there through my whole journey so they always try to push me to the best I can be.

FOX411: I love the title of your book, “Love is Bubblegum.” It’s so cute but it also made me think, “Where did she get this from and what does it mean?”

Lowry: So, the title comes from my little cousin who said she loved bubblegum but the book was inspired by my son who asked me what love was and I didn’t know how to explain it to him so I went around to my nieces and nephews, my kids and my kids’ friends and asked them how it felt, what it looks like, what did it mean to them and then I put the collection of quotes in the book to kind of give all different perspectives of love.

FOX411: What does love mean for you now?

Lowry: You know what, I still haven’t really figured it out. I know I really discovered what true love was when I met my kids for the first time but you know my husband is a really huge support system for me and I’m learning what love is every day with him so.

FOX411: Yeah, it is a constant evolution I think love. It’s not the way you think about it when you’re a teen and then you become an adult and then a parent so there’s so many different ways to love.

FOX411: But looking at you and looking at the other teen moms, you took a different path, let’s say than Farrah Abraham. When she released the sex tape what was your reaction to it?

Lowry:  You know what I try to support everyone on the shows equally because I don’t know what their thinking is, I don’t know what their path holds for them so I just try to encourage them to do what they think is best for their situation and their family. So if it works for her…great. That’s not something that I would do but so I mean whatever she thinks is fit for her great.

FOX411: Right. So, you’re just encouraging whatever path works for you as long as you’re not going to…

FOX411: You mentioned one of the other “Teen Moms” earlier when we were talking, Jenelle Evans, and she’s gotten in trouble with the law on again/off again, troublesome relationships. Is it just like you want to intervene and be like, “Hey, we’re part of the same cast. We’re friends.” You guys are friends off-camera?

Lowry:  You know what I always said, Jenelle and I have been the closest out of everyone, and I think she knows I’m always here for her if she needs anything. And I get asked this question all of the time, and I always say the same thing -- Jenelle is taking a different path than I am but I think she really is doing so much better, so I’m here for her if she needs me.

FOX411: Well, you’re very grounded and you offer a lot of life advice, home advice with your blog, but if a young teenager was looking at your life they may say, “You know what, being a teen mom isn’t the worst thing look at how great she did.” What would you say to that young teenager who might think becoming a parent at that early time in life is an okay decision?

Lowry: I would tell them to go all the way back to my episode of “Sixteen and Pregnant” where Isaac‘s dad was cheating on me, I was crying and I didn’t know how I was going to finish school, I didn’t have tuition money to get through my first year of college and I would show them, remind them of all those struggles I went through to get to where I am now.

FOX411:  Do you look at the show “Teen Mom” as a documentary that’s really eye-opening, because there’s been a lot of criticism throughout the years, from the very beginning of it to even now where people are saying “does this encourage?”

Lowry: I don’t think it encourages whatsoever. I mean there’s…yes, I have had opportunities because of the show, but I think at the end of the day I still went through, I’m still going through so many struggles, but I definitely think it’s eye-opening whether, for both sides, even if you say it encourages it, there’s someone always crying, someone fighting with the baby daddy, someone can’t get through college, someone is getting arrested, whatever the case may be, you know what I mean?  So, I can’t see that perspective but if someone wants to think that, through all those struggles, then I don’t know.