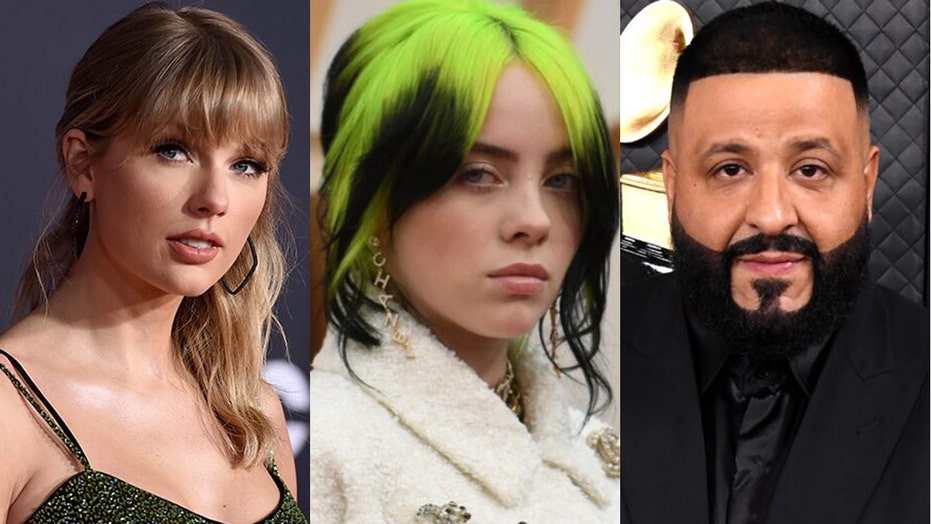 Superstars like Taylor Swift, Billie Eilish and DJ Khaled are teaming up to encourage fans to check on their voter registration prior to the election on Nov. 3.

Several artists have joined a partnership between advocacy groups Global Citizen and HeadCount called the Just Vote campaign in which fans are encouraged to check their voter registration to ensure they’ll be able to have a voice in democracy when the 2020 election rolls around.

Celebrities will offer exclusive rewards for those who engage in the campaign such as signed merchandise from Eilish, a virtual meet and greet with DJ Khaled, a signed guitar from Swift or a private, virtual dance class with Julianne Hough. Other artists signed on to help the Just Vote campaign include Finneas, Billy Porter, Usher, Quavo, Loren Gray, Nicky Jam and more.

According to HeadCount executive director Andy Bernstein, the campaign came about in an effort to make up for the fact that concerts throughout the country have been shut down due to the COVID-19 pandemic. It was at live shows that both advocacy groups typically had stations to help encourage people to check their registration,

TAYLOR SWIFT SLAMS TRUMP OVER USPS DEBACLE, ACCUSES HIM OF CHEATING 'TO HOLD ON TO POWER'

Taylor Swift, Billie Eilish and DJ Khaled are among the stars that have joined the Just Vote campaign. (AP/Getty Images)

“There are many wonderful tours we would have been on,” he told Variety. “We were on the road with Billie Eilish when everything shut down. This summer we would have been out on the road with Green Day, Harry Styles, Camilla Cabello and Dead and Company. Sure, a lot was lost — and a lot was lost for the whole country. Voter registration was down 2 million voters a month in April because DMVs were closed. But these digital approaches work, and in a lot of ways they work as well or better. So what we’re going to do with Just Vote and with Hugh and Global Citizen is a model where we give people a chance to possibly have a very meaningful moment of their lives with talent, and get a lot of people checking their registration status and then registering to vote. So you’ve just got to innovate, just like everybody else, just like every restaurant that has had to figure out how to keep the lights on.”

An important distinction is the fact that the rewards being offered only require people to check their voter registration since it’s not allowed to directly incentivize people to register to vote.

“There’s a strong correlation between those who check their voter registration status and those who register and therefore go on to vote,” Hugh Evans, co-founder and CEO of Global Citizen told the outlet. “But also, you’re not actually allowed to incentivize people to register. You can only incentivize people to check their registration status. So that’s an important part of it.”