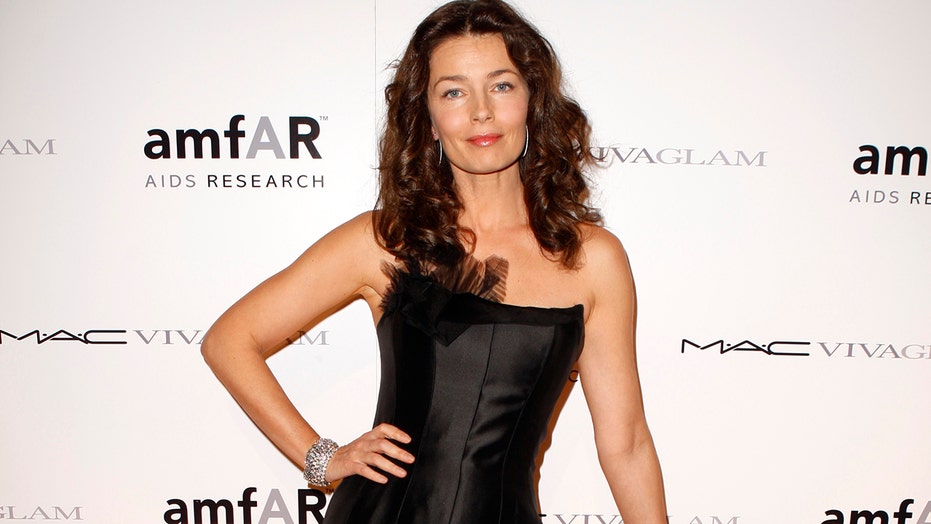 Paulina Porizkova might be feeling the beach blues while in quarantine.

The supermodel and author shared a "flashback Friday" image to her Instagram that showed Porizkova taking advantage of the golden hour as she posed on a beach in a gold bikini.

In the photo caption, the 55-year-old stunner said she was “pretending to be in her own issue” of the coveted Sports Illustrated (SI) Swimsuit issue.

“Ah, only two months ago, I was pretending to be in my own issue of SI on this amazing tiny island called Little Corn. And real life interfered even here,” she said of the action taking place on the Nicaragua shore in the background.

Porizkova continued: “Please witness in the background, a couple happily paddling in the water behind me, as I’m totally unaware of anything but myself, and them not giving a damn about some random woman imagining she’s hot and posing on the beach.”

In the photo, taken in March, Porizkova delivers a signature beach pose as she props herself up on her left arm while glaring intently at the camera.

Behind her, an unidentified man is seen walking out of the water while another woman mere feet away emerges from the ocean seemingly unaware of Porizkova’s impromptu photoshoot.

Porizkova made her Sports Illustrated debut in 1983 at age 17. The following year, she graced the cover and appeared in the publication six more times. She was also featured in the magazine in 2018, where she posed nude for a special feature about female empowerment.

She followed that up a year later when she was featured in the 2019 Swimsuit issue, which was published completely unretouched. Porizkova said on "Good Morning America" at the time that when she was made aware of the magazine's plan she was afraid to do it, but after thinking about it, she decided she was happy with the way she looks.

"When MJ [Day, the Sports Illustrated Swimsuit editor] sent me the pictures she was like, 'So we're not going to do any retouching, just like on the minor, minor things like moles and stuff,'" she explained. "I was like 'gulp,' and it's like well, I look good for 54."

Meanwhile, Day told the morning show that she was proud to feature Porizkova in the magazine because she's "outspoken and honest and she really is an advocate for ageism, which I think is a really important topic to address… Because beauty doesn't end at 30. Beauty doesn't end at 40."

Porizkova said at the time that she was "going to give a lot of credit to MJ Day from Sports Illustrated."