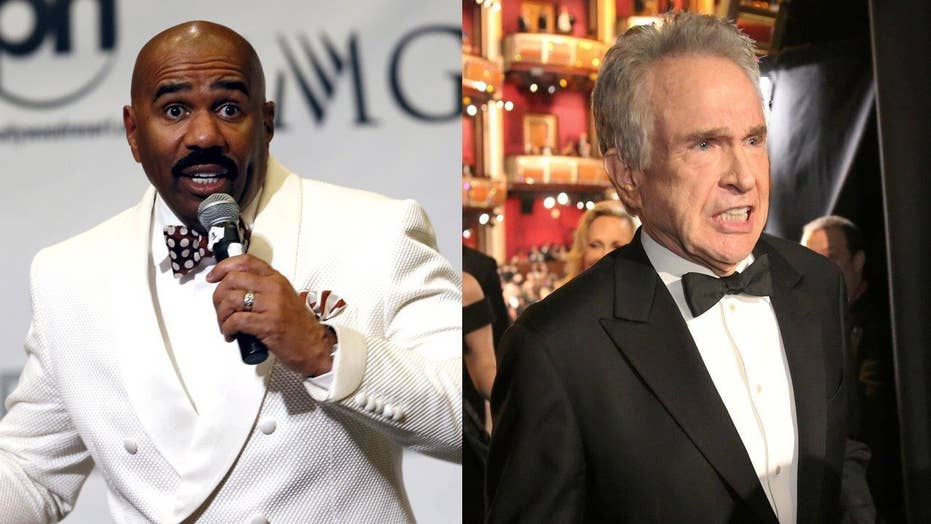 He tweeted Monday morning, "Good morning everybody! Went to sleep early last night. So... what I miss?#Oscars."

Good morning everybody! Went to sleep early last night. So... what I miss? #Oscars

He shared his thoughts on his radio show Monday telling Beatty to call him.

"Yeah, I know all about this. I know more than anyone else in the world about this," explained the 60-year-old. "I am the creator of these moments. The epicurean of this."

Harvey then referenced several reactions made on social media to the televised mistake.

"Because Warren made a mistake, does he have to die?" Harvey joked. "Should he lose his life? Y'all wanna kill him? Well he needs security because of this."

Harvey compared how the producers in the Oscars handled the mistake more quickly than what occurred at Miss Universe 2015.

"Nearly four minutes go by," recalled Harvey. "The woman is standing out there with the crown. But ['La La Land' cast] gave speeches. Same thing as wearing the crown...I remembered like it was yesterday."

"Warren I know your pain!" said Harvey after the comparison. "I can help Warren get through this. I'm [going to] show him how to handle it with dignity and grace. Thank God for producers who stand with their talent. Unlike waiting the next day to handle it with the press, as it was suggested in my ear...I can help Warren get through this. Call me Warren, baby."

"Have your people call our people, we know what to do," the tweet read.

Have your people call our people - we know what to do. #Oscars #MissUniverse

That was the beginning of a Tweet pile-on that may be the biggest of all time, with many declaring that "La La Land" won the popular vote while "Moonlight" won the electoral college.

But this stage, and this audience, were far, far bigger and are likely to last far, far longer in collective memory.