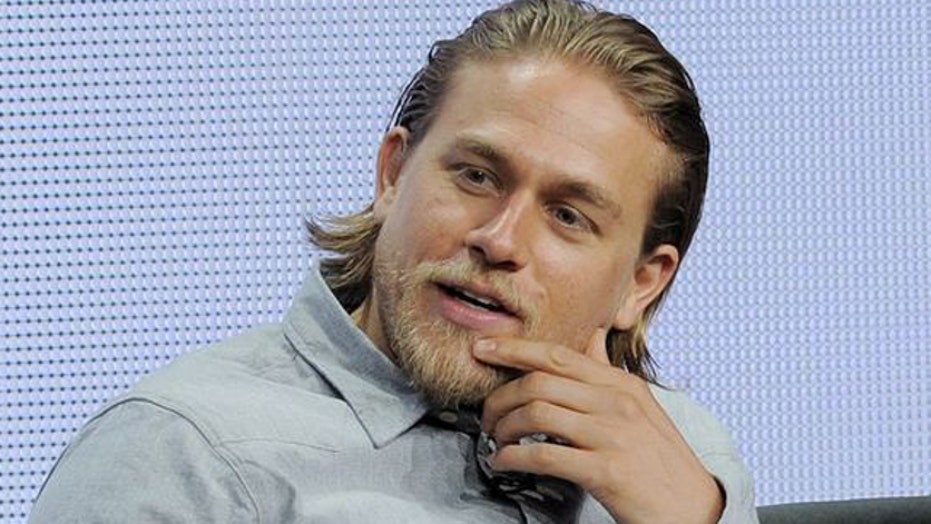 Charlie Hunnam glad to be done with ’50 Shades’

Source: Charlie Hunnam is ‘relieved’ to be done with ‘Fifty Shades of Grey.

LOS ANGELES – Nobody will chain Charlie Hunnam down to a role.

The “Sons of Anarchy” star shocked the world over the weekend when it was announced be had bowed out of playing the leading man in the highly-anticipated movie adaptation of E.L’s James’s “Fifty Shades of Grey,” however sources close to the star assure us it was not a sudden decision, and his role in the film was never a done deal.

“It was something he had been concerned about for a while and it was a difficult decision, and the contract wasn’t fully signed,” an insider told FOX411. “I don’t think he was expecting it to be such a huge deal and he wasn’t comfortable with all the attention.”

Another source close to the 33-year-old British-born actor said that above all, he was concerned about his career longevity and the potential damage that could come if his portrayal of wealthy S&M-savvy Christian Grey was not received well by diehard fans and critics.

“It’s a big relief,” explained the insider. “He doesn’t need that kind of pressure. He doesn’t need to be a huge star. He just wants to keep working and take on interesting roles. He’s happy.”

Indeed the role would have, if it hasn’t already, made Hunnam a household name – but there were already brimming concerns and he hadn’t even started filming yet. When it was first announced that the “Pacific Rim” sensation has scored the role early last month, the world wide web went ablaze with lovers of the book series vehemently protesting, and social media campaigns were soon ignited to replace both Hunnam and leading lady, Dakota Johnson.

“I'M SO FREAKING OUT LIKE YOU GUYS I CANT BELIEVE THIS I'M SO HAPPY AND I DONT KNOW WHAT TO SAY IT'S LIKE A MIRACLE,” the petition founder wrote following the Hunnam exit news. “I DONT KNOW GUYS PLZ NOW MORE THAN EVER WE MUST JOIN FORCES UNTIL [we receive] 100K SIGNATURES WE WILL DO ALL THE POSSIBLE TO SEE MATT LIKE GREY DONT GIVE [up].”

And according to entertainment publicist Glenn Selig, of Selig Multimedia, social media campaigns like these carry some weight, as they are a reflection of public sentiment.

“It’s important that moviemakers have momentum and excitement building for a project, not go into it against the eight ball. Clearly there was a lot of push back against Charlie and given the steamy nature of this project, it pays for the producers to listen to the public,” he explained. “Any book creates a vision, and the casting apparently didn’t fit the vision that a sizeable portion of the public saw for the role, or wanted to see more of in the role.”

“Social media campaigns don’t have that much power over the outcome of a movie’s cast. Similarly, many fans of the ‘Twilight’ books first protested against Robert Pattinson when he was given the role of Edward,” said pop culture expert and writer Ariane Sommer. “Stories such as ‘Fifty Shades of Grey’ inflame a lot of people’s fantasies… They do not want to have their fantasies messed with.”

And we are told that the social media campaign against him played no part in the casting shakeup, and that it was entirely Hunnam’s choice to reject the straps and handcuffs. But with filming slated to begin in Vancouver in a few weeks, producers are working around-the-clock to find a suave, sexy replacement.  Names being tossed about in film circles include the likes of Henry Cavill, Matt Bomer, Robert Pattinson, and Ian Somerhalder.

A rep for Hunnam did not respond to a request for comment, and on Saturday, Universal Pictures released a statement indicating that Hunnam’s “immense TV schedule” would not have allowed him time to adequately prepare for the much-hyped role.

“The role certainly carries a lot of risk. If the movie flops, Charlie Hunnam might have become a pariah as a leading man in Hollywood. It could take years to turn something like that around,” Sommer added. “Years that a young, up-and-coming actor in Hollywood might not have – it is certainly safer not to partake in this film.”