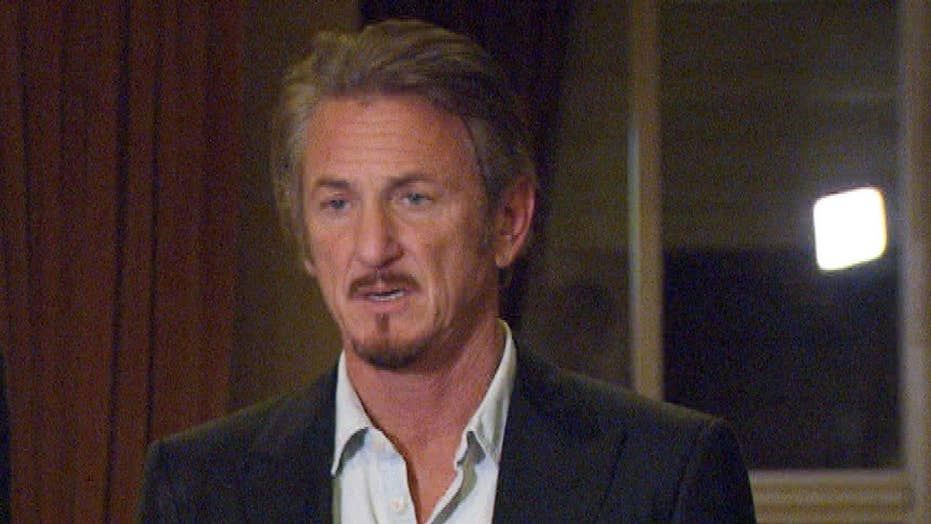 Sean Penn 'really sad' about state of journalism in America

Sean Penn brushed aside bad reviews at a press conference on Friday hours after his new film “The Last Face” was pilloried by critics after debuting at the Cannes Film Festival.

The film is a romance about aid workers in Liberia. On Twitter and in notices, some commentators have faulted the movie for focusing on two Westerners in love.

“I stand by the film as it is, and everyone is going to be entitled to their response,” Penn said. “I’ve finished the film so it’s not a discussion I’d be of value to.”

It was a subdued meeting with the media. The director was flanked by stars Javier Bardem, Charlize Theron, Jeno Reno and Jared Harris. Penn’s agent Bryan Lourd was also on hand, sitting in the crowd. The actor, a two-time Oscar winner, was full of praise for the cast.

“I am surrounded at this table by performances that I’d pay to see 100 times,” he said.

Theron’s involvement was key to his interest, he said. The script for “The Last Face” had been in circulation for awhile, but it was only when he began imagining the actress in the central role of a humanitarian worker that he decided to make the movie. Theron and Penn were in a relationship at the time, but broke up a year ago.

Theron said she was drawn to the character’s humanity, noting that despite the peril that aid workers face, they reject being thought of as heroes.

“I don’t think that’s why they do it,” said Theron. “There’s no ego in it. They’re there as human beings.”

“The Last Face,” like many of Penn’s works, was made outside the studio system. It is at Cannes looking for distribution. At the press conference, Penn implied that he felt out of step with modern Hollywood, although he stressed that he has no problem with the idea of entertainment.

“It’s important to entertain if entertainment is not synonymous with Donald Trump’s behavior,” he said. “Too much of film is today.”