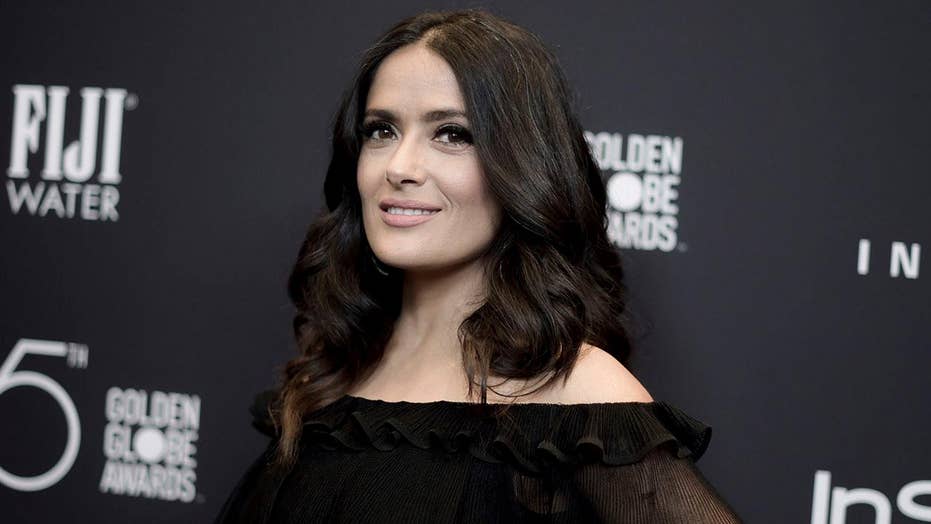 Salma Hayek described in an op-ed Wednesday how her refusals of Harvey Weinstein's advances turned the making of 2002 Frida Kahlo biopic "Frida" into a nightmare experience.

In the shocking essay published in the New York Times, Hayek said for years she called the disgraced producer "my monster" and revealed that Weinstein would turn up at her door "at all hours of the night, hotel after hotel, location after location."

HARVEY WEINSTEIN SCANDAL: WHAT YOU NEED TO KNOW

Hayek lists the many ways she denied Weinstein saying that Weinstein then made outrageous demands on the production of "Frida," which Hayek was producing, including insisting she film a sex scene with full frontal nudity.

However, the actress revealed she reluctantly agreed to one of his demands while filming "Frida."

The Mexican-born star recalled how she became physically and emotionally distraught shooting the "senseless" sex scene.

"My mind understood that I had to do it, but my body wouldn’t stop crying and convulsing. At that point, I started throwing up while a set frozen still waited to shoot. I had to take a tranquilizer, which eventually stopped the crying but made the vomiting worse. As you can imagine, this was not sexy, but it was the only way I could get through the scene," she said.

In a statement to Buzzfeed News, a Weinstein spokesperson said the movie mogul "does not recall" pressuring the actress into doing the sex scene, nor was he there for filming.

"All of the sexual allegations as portrayed by Salma are not accurate and others who witnessed the events have a different account of what transpired," the spokesperson said.

FILE - In this Feb. 22, 2015, file photo, Harvey Weinstein arrives at the Oscars at the Dolby Theatre in Los Angeles. Sexual assault allegations against the media mogul have been keeping police in New York and Los Angeles busy but he isn't the only influential man police are looking at on similar charges. Police in Los Angeles, New York and London are working to untangle an ever-growing mass of allegations of sexual assault and harassment against powerful men. (Photo by Vince Bucci/Invision/AP, File) (Vince Bucci/Invision/AP)

Hayek claimed that Weinstein even threatened her life.

"The range of his persuasion tactics went from sweet-talking me to that one time when, in an attack of fury, he said the terrifying words, 'I will kill you, don’t think I can’t,'" she wrote.

The A-lister shared her reasoning for not coming out sooner against the alleged sexual predator.

"When I saw him socially, I’d smile and try to remember the good things about him, telling myself that I went to war and I won."

Hayek's motivation for sharing her heartbreaking tale is to inspire change within society.

"I hope that adding my voice to the chorus of those who are finally speaking out will shed light on why it is so difficult, and why so many of us have waited so long. Men sexually harassed because they could. Women are talking today because, in this new era, we finally can."

Hayek joins a list of more than 60 women including Angelina Jolie, Ashley Judd and Gwyneth Paltrow, accusing Weinstein of sexual misconduct. Since the scandal broke in October, Weinstein was dropped by Miramax and said he entered rehab to address his behavior.

Weinstein has vehemently denied all allegations of non-consensual sex. His rep did not immediately return Fox News' request for comment.