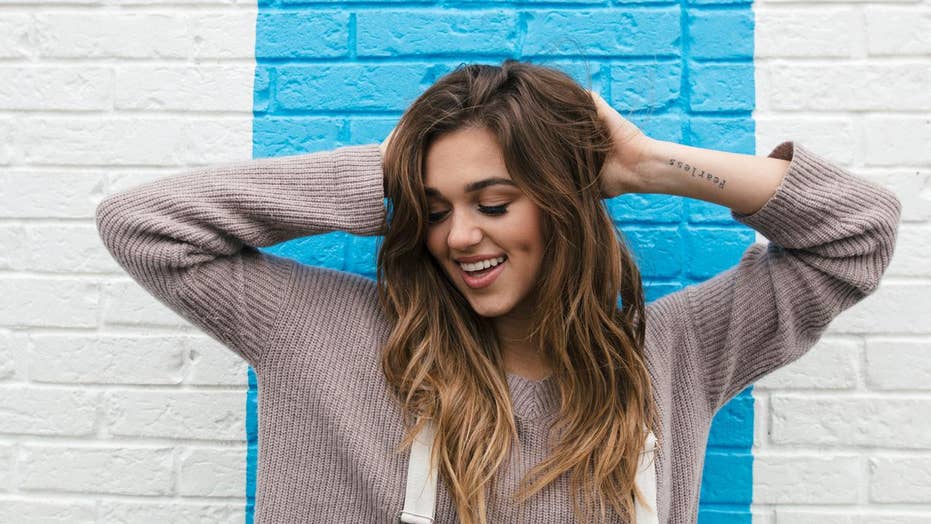 Fox411: The former 'Duck Dynasty' star tells Fox News how she conquered fear by putting her trust in God.

NEW YORK – Sadie Robertson spent many years of her life grappling with fear and anxiety and the 20-year-old came face-to-face with her greatest struggle during a recent trip to Mogadishu, Somalia.

The former "Duck Dynasty" star and her mother, Korie Robertson, traveled to Somalia in October 2017.

"It is the most dangerous place in the world, and I'm sitting [there] and there's a bomb threat, there's shooting all around and there's a terrorist attack happening and yet I have peace. How do I have peace?" Robertson recalled to Fox News.

The 20-year-old and her mother were lucky enough to have left Somalia just one hour before the country suffered its worst terror attack in history.

"I was faced with literally everything I had ever been afraid of," the star said.

However, instead of letting fear take over, the event made her "become more confident in my journey to becoming fearless."

Robertson had just wrapped up writing her new book "Live Fearless" when she visited Somalia. She called the timing kismet.

"I think that I always thought that being fearless would be an absence of fear, but in Somalia, I realized that wasn't actually the case," she told us. "Because being fearless is actually being in the presence of where fear is but yet having peace."

The Louisiana native credits her strong faith and complete trust in God for the reason she was able to conquer her fear.

"It's being in the face of fear and yet you have peace," she explained. "And you say, 'Although I see what's in front of me, I choose to believe that my God's bigger, my God's better."

Since her family's hit reality show "Duck Dynasty" ended last year, the young star has chosen her career moves carefully to ensure they reflect her faith and values.

In addition to "Live Fearless," Robertson tours the country preaching her message of "Live Original."

"There's a lot of opportunities that look great on paper...it can be tempting in some ways, but to me, I think always knowing what my ultimate goal is...if [an opportunity] contradicts the Word or, if it contradicts 'Live Original' or 'Live Fearless,' or what I'm trying to speak into people, then I just don't do it."

Robertson explained that once she gave into God, her life changed forever.

"What I found in that is freedom over fear, I found joy in the most bizarre places, peace that surpasses all understanding," she explained. "A confidence that I never thought I would have when I was in the most insecure place. And so for me, that's just unshakable."