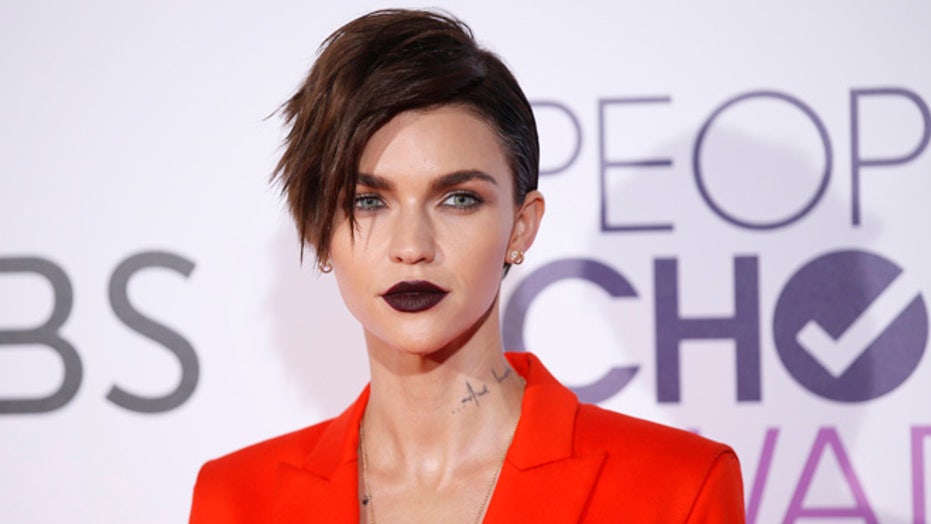 Australian actress Ruby Rose laid it all on the table for World Mental Health Day.

In an Instagram post, Rose, 33, detailed her own struggles with mental health dating back to her childhood.

"I've struggled with mental health my entire life," Rose captioned a photo of her on a hospital bed, taken just before her stint on "Orange Is the New Black." "I was first diagnosed with depression at 13, then major depressive disorder at 16. When I was 18 I found out I had dissociative amnesia."

Dissociative amnesia is a condition in which the sufferer cannot recall large portions of their life due to traumatic and stressful events, according to WebMD.

Rose then told a story of running into her best friend from primary school, who she had no recollection of. Her friend detailed memories they shared with "innocent conviction," but Rose simply couldn't remember a thing.

After that incident, Rose "began to ask questions" and her "life began to change."

"I found out I went from a smiling laughing child to a quiet mute who sat alone and stared off to the distance during recess after one of many traumatic events that I didn’t remember," Rose said.

She revealed that her mother eventually had to tell her what the traumatic event was because doctors felt Rose was too young at the time to process what had happened to her.

The actress then explained that she was initially diagnosed with bipolar disorder, but it turned out she suffered from severe depression and an overactive thyroid, which caused mood swings and hyperactivity generally associated with bipolar.

DEMI MOORE'S DAUGHTER TALLULAH WILLIS SAYS SHE WAS SUICIDAL IN BIKINI DANCE VIDEO: 'WE ARE NOT WHAT WE SHOW'

Then came "many dark times," according to Rose.

Rose then said that she experienced multiple hospitalizations due to her mental health -- and that she'd attempted suicide "as young as 12."

C-PTSD occurs when someone suffers from traumatic events over a long period of time, as opposed to a single experience, according to Healthline.

"What I have learned from the struggles of mental health is just how strong I am," Rose continued. "It’s how amazing people are because they love me and support me and yet you can’t judge those who don’t understand and don’t know how to do that either. It’s that you cannot judge people at all because you can never know what they have been through."

She added one final thought: "It’s that self love [sic] and self care [sic] is more important than anything else."

Rose was featured as Stella Carlin in the third and fourth seasons of "Orange Is the New Black," and had a supporting role in "Pitch Perfect 3," where she showed off her singing chops. Rose now stars in "Batwoman" on The CW.