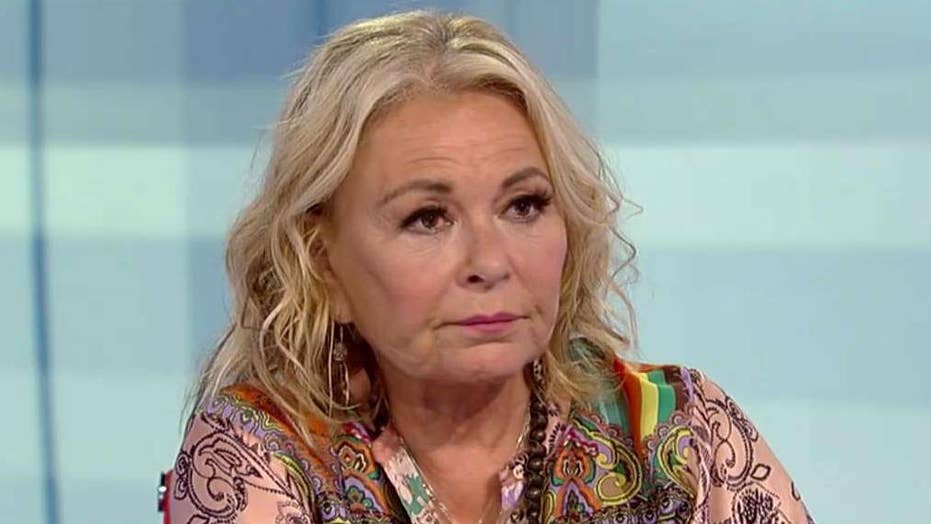 Roseanne Barr: I told ABC, 'I'll go and get my meds checked'

Roseanne Barr opens up on 'Hannity' about her history with mental health issues.

If Roseanne Barr had any regret about how she handled the aftermath of her firing by ABC, it may have been “apologizing to the Left.”

“That’s what everybody said,” Barr told Rabbi Shmuley Boteach during an appearance on his podcast, Entertainment Weekly reported.

“They said, ‘You made a fatal mistake … apologizing to the Left.’ Once you apologize to them they never forgive, they just try to beat you down until you don’t exist. That’s how they do things. They don’t accept apologies.”

Barr later said that many of the people who were demanding apologies from her after a tweet about a former adviser to President Barack Obama were “a little bit ill-informed about me.”

“(T)hey would put me in the same box where they have people who call for the death of all Jews and want to enslave all black people. [The same box as] real racists that actually exist,” she said. “They put me in a box with them. And how do they think that’s gonna affect me? They don’t think. They’re under mind control.”

Meanwhile, don’t expect Barr to offer her critique after “The Conners” premieres next month.

The former star of “Roseanne” told the rabbi she’ll be in Israel when the spin-off show airs.

“I have an opportunity to go to Israel for a few months and study with my favorite teachers over there,” Barr said, according to Entertainment Weekly, adding, “I have saved a few pennies and I’m so lucky I can go.”

“The Conners” is a new series that ABC has ordered to replace “Roseanne” following Barr’s firing by the network over a Twitter message about former Obama adviser Valerie Jarrett.

The new show will star John Goodman and other “Roseanne” cast members in their same roles, with reports that the character of Roseanne Conner, played by Barr, will be killed off.