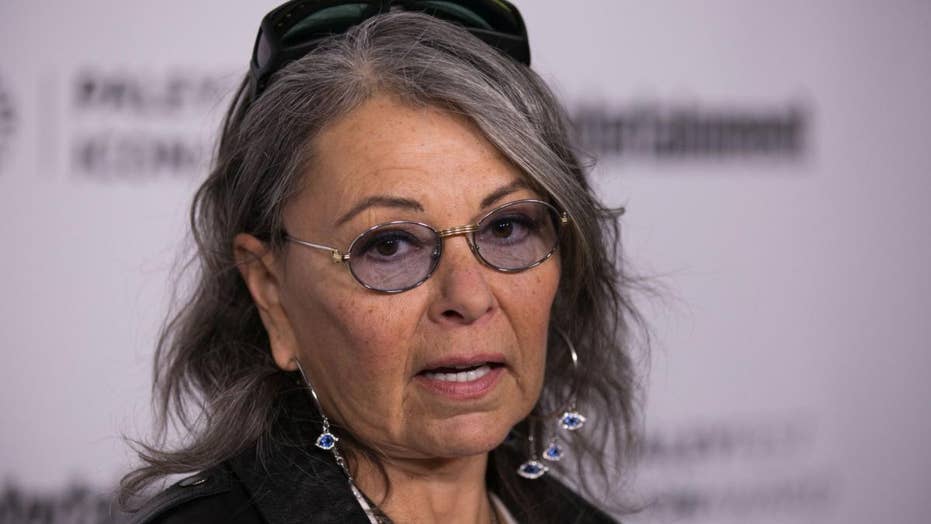 Roseanne Barr retweeted a negative comment about former Obama aide Valerie Jarrett, shortly after vowing that she was ready to make amends for 'the pain I have caused.'

Roseanne Barr has issued yet another apology. This time, she’s walking back comments she made about George Soros, most notably calling him a Nazi.

Barr, who has been embattled on Twitter after some racist comments about former Obama aide Valerie Jarrett, which she apologized for, got her ABC revival of “Roseanne” canceled. At that time, she also caught backlash for incorrectly reporting to her followers that Chelsea Clinton was married to one of Soros’ nephews. When Clinton corrected the comedian, she responded by doubling down on her criticism of him.

“Sorry to have tweeted incorrect info about you! Please forgive me! By the way, George Soros is a nazi who turned his fellow Jews 2 be murdered in German concentration camps & stole their wealth-were you aware of that?” she wrote. “But, we all make mistakes, right Chelsea?”

On Monday, Barr took those comments back.

“I apologize sincerely to @georgesoros. His family was persecuted by The Nazis & survived The Holocaust only because of the strength & resourcefulness of his father. Learn more of the truth about this,” she wrote, linking to an article about Soros’ family from OpenSocietyFoundations.org.

While the Soros comments didn’t help her case following ABC’s decision to cancel “Roseanne” despite planning a second season and it being one of the highest rated sitcoms on TV, they didn’t help. Despite issuing multiple apologies for her tweets, Barr has continued to be active on the social networking site, which has gotten her in some more trouble. Although she withdrew her comments about Jarrett, she retweeted some negative things about her amid declarations that she’ll be making amends for her part in getting “Roseanne” canceled.