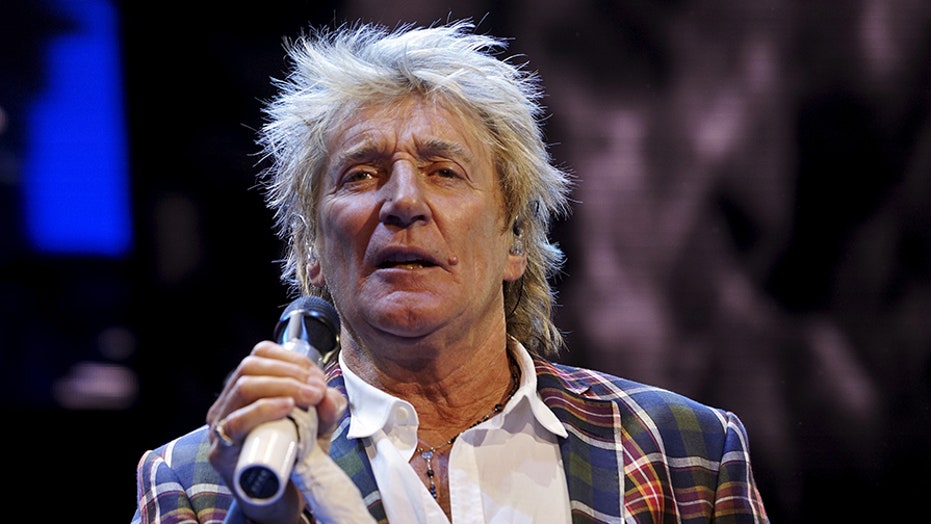 Rod Stewart appears to perform a Nazi salute before striking a security guard in surveillance footage released from his New Year's Eve spat with a staffer at a swanky Florida resort.

The singer, 75, and his son Sean, 39, were reportedly arrested in and charged with simple battery after allegedly hitting an employee at the Breakers Resort in Palm Beach, Fla. back on Dec. 31.

Now, surveillance footage obtained by the Daily Mail shows the singer, donning a metallic gold jacket and dress pants, forming what appears to be a Nazi salute with his arms before striking the staffer.

Rod Stewart and his son Sean were charged with simple battery after an altercation at the Breakers Resort in Florida. (AP)

In the video, the singer appears to extend his right arm above his face and his left horizontally across his face before thrusting his arm towards the male, who is seen stepping back. It is unclear in the footage whether or not Stewart's arm touches the victim's chest.

Initial reports of the altercation claimed the rock legend and his son got violent with the security guard after they were denied access to a private children's event at the hotel.

The victim, whose name was redacted in a police report, alleged that Sean got "nose-to-nose" from his face and "shoved" him backward after being told "he [Sean] needed to back up and create some space."

Rod then "stepped toward [the victim] and threw a punch, striking [the worker] in [his or her] left ribcage area," the report continued.

The famous musician reportedly "apologized for his behavior in the incident," the report said.

Reps for Stewart did not immediately respond to Fox News' request for comment.