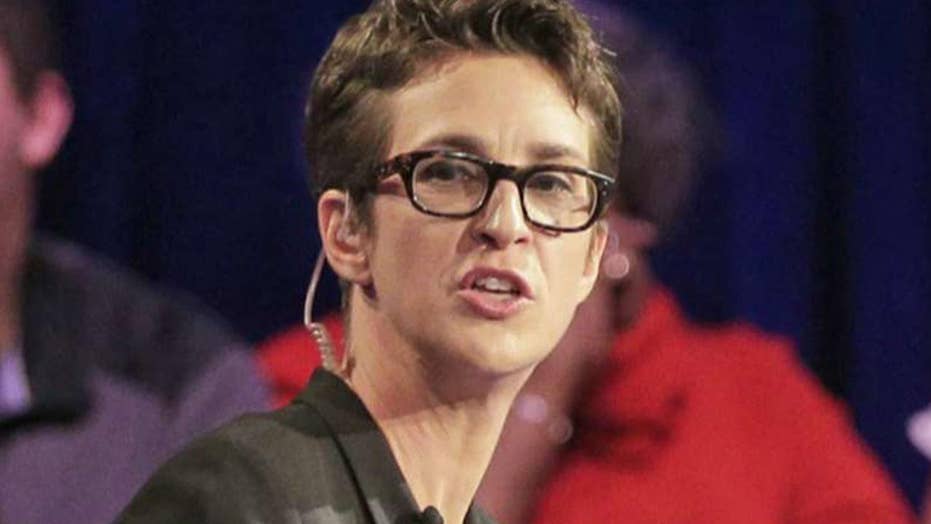 Lt. Col. Tony Shaffer blasts the MSNBC host's theory as 'beyond the pale.'

MSNBC star Rachel Maddow’s latest anti-Trump conspiracy theory was so outlandish that even the dependably liberal HuffPost criticized it as "so flimsy that it could be debunked by a quick glance at a map."

On Thursday evening, "The Rachel Maddow Show" opened with a somber 25-minute diatribe that attempted to connect the tragic ambush attack that killed four American soldiers in Niger to the latest version of President Trump’s proposed travel ban, which included the nation of Chad. Maddow essentially claimed that the inclusion of Chad, which recently pulled its troops out of Niger, in the revised travel ban resulted in extremist attacks such as the one that left four Americans dead.

The HuffPost, which is so anti-Trump that it refused to even cover him in the political section during the early stages of his campaign, published a story headlined, "What the hell was this Rachel Maddow segment?" The MSNBC host proclaimed that Chad’s pullout from Niger "had an immediate effect in emboldening ISIS attacks," but the HuffPost easily shot down her theory.

Colby College Department of Government assistant professor Laura Seay told the HuffPost that "any expert" would have said Maddow's conspiracy theory was "crazy" and the pullout of Chadian troops isn’t necessarily related to the Trump’s travel ban.

"Everybody that I know is appalled by this. I would like to think that Maddow's researchers are more responsible," Seay told the HuffPost.

While the MSNBC host called the tragic attack on American troops "absolutely baffling," Seay said it was actually "almost inevitable," because it's such a remote and hostile area.

"The attacks that have increased can be traced back to militant group Boko Haram, which is based just across the border in Nigeria," the HuffPost reported, citing the Council on Foreign Relations and accounts from local residents.

"The Rachel Maddow Show" declined to comment to HuffPost but the host addressed the situation on Friday night’s episode.

Maddow continued: "Now, this doesn’t mean that Chad withdrawing their troops was necessarily the cause of what happened to those U.S. troops who were ambushed. That ambush is being described by the Pentagon as a shock."

The HuffPost’s Willa Frej wrote that Maddow built "myths" using unrelated or unreliable information and "reduced the story so thoroughly that it lost any semblance of the larger truth."

Maddow has seen increased viewership as the triggered left tunes in to watch her condemn Trump on a nightly basis, butit seems the MSNBC host this time went too far for one of the most liberal publications in America.