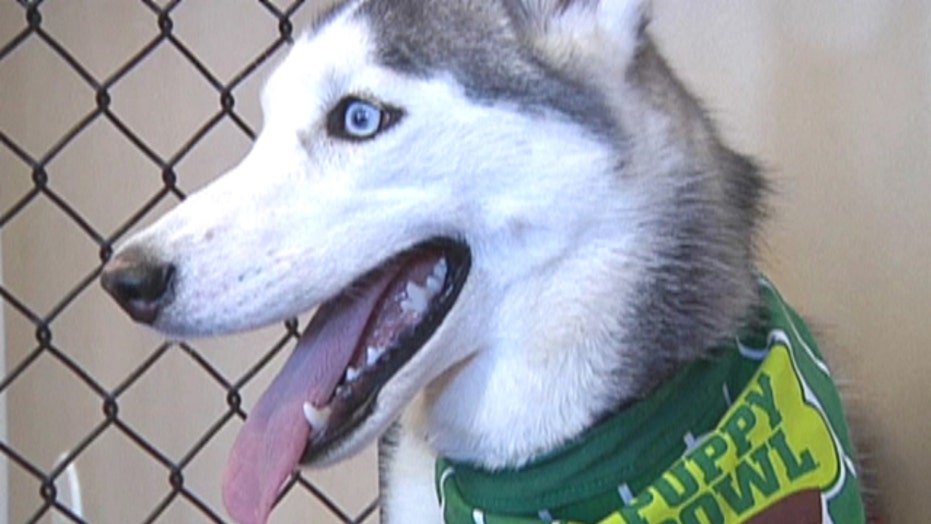 There's more than one "ruff" sport to watch on Sunday. The 10th annual Puppy Bowl is being played on Animal Planet.

The bowl game of cuteness features puppies from animal rescue shelters from across the country.

Carl Bromberg is a volunteer at Last Hope Animal Rescue in Cedar Rapids, Iowa. One of his newly adopted husky puppies, Suri, was selected to play in the Puppy Bowl.

"There's literally thousands of puppy bowl parties across the country each year, it's got quite a following," said Bromberg.

The goal is to raise money and awareness for pets without permanent homes. Many of the dogs were abandoned, or taken from abusive homes.

"It's sad the condition they're in. They all need grooming, they all need extra, lots of extra, vet care and TLC," said Amy Heinz, who runs AHeinz57, a pet rescue in DeSoto, Iowa.

Party organizers hope it can bring in money to help offset some of the costs of running the rescue operations. Both shelters said they had over $90,000 in vet bills alone, and they still had to pay for food and other supplies to care for the animals.

Iowa has been turning out a whole breed of Puppy Bowl celebrities. Last year the AHeinz57 shelter sent a few puppies to the Puppy Bowl and this year sent five puppies. Three of them made it into the starting line-up of dogs.

Heinz said that one of the puppies has an extra special part in the game. "Goober is playing the role of Rudy - the little puppy that dreamed of going to puppy bowl."

The Puppy Bowl game also helps to bring in new owners. The dogs used were all brought in from rescue shelters rather than from pet stores or harmful breeders.

"This is a great way for everybody to sit and relax and have a good time and enjoy the happy side of rescue," said Heinz.

Last year the AHeinz57 Pet Rescue had more than 100 additional adoptions after their pups were featured in the 2013 game. They hope after the 2014 game, they'll continue to see more pet adoptions.

The Puppy Bowl will be on Animal Planet on Sunday, February 2nd at 3pm ET. It will featured puppies, a kitty half-time show and cheerleading penguins.