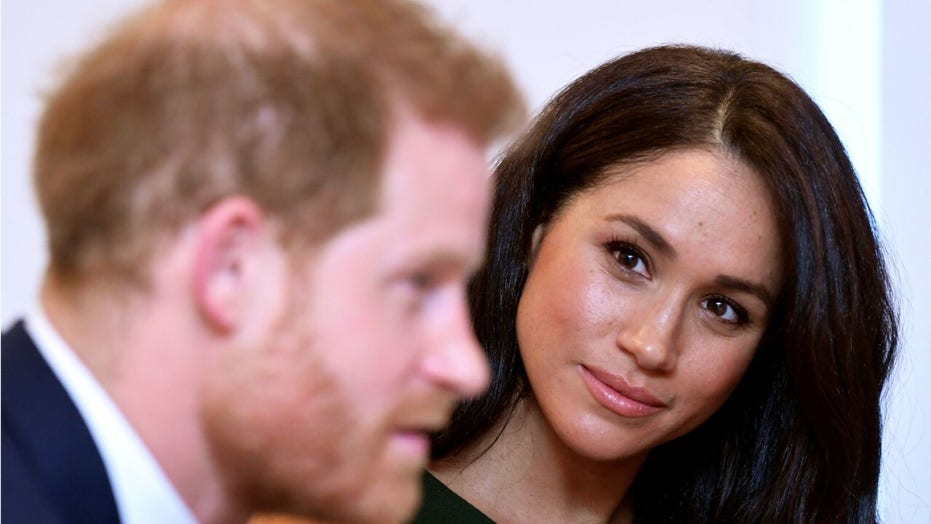 Prince Harry's biggest moments, from his military service to 'Megxit'

Prince Harry has been in the public eye his whole life. Take a look back at his most memorable moments.

At times viewed as a royal bad boy, Prince Harry has made plenty of headlines over the years for his controversial choices and actions. From fighting paparazzi to marrying Meghan Markle, Harry sure knows how to grab the media’s attention.

However, not all of his life has been shrouded in controversy. Harry’s brave military service and philanthropic efforts around the world have served to boost his public perception to an extent.

With the royal couple's groundbreaking announcement, let’s take a look back at some of Prince Harry’s biggest moments.

After finishing his studies at Eton College, Harry took a gap year to travel the world and dabbled in various activities that would eventually pave the way for his future philanthropic efforts.

Prince Harry and a group of workmen carry fencing that they will put up at the Mants'ase Children's Home in Mohale's Hoek in March of 2004. Prince Harry, spent his third week during a private visit to Africa building fences and planting trees at a rural orphanage in the small mountain kingdom of Lesotho. (ALEXANDER JOE/AFP via Getty Images)

Working on an Australian cattle station and an Argentinian polo farm were some of Harry’s landmark accomplishments in his initial world travels — but no travel experience was more important than his visit to Lesotho.

Lesotho, a small African nation that has one of the highest rates of HIV/AIDS, struck a chord within Harry that fueled his interest in Africa and ultimately led to his creation of Sentebale.

Harry and Meghan would later embark on an emotional tour of Africa in 2018, which was entailed in the ITV documentary “Harry and Meghan: An African Journey.”

In the same year, Harry had become increasingly drawn toward the party lifestyle. Often spotted outside of nightclubs, the notoriously persistent British paparazzi took notice and on one fateful night, Harry decided to fight back.

Harry, who was 20 at the time, was spotted leaving a London nightclub when the paparazzi allegedly became overzealous and overstepped their boundaries with the prince.

The encounter occurred around 3 a.m. and included the prince being struck in the face during a scuffle with a photographer. When Harry fought back, the photographer was left with a busted lip.

"Prince Harry was hit in the face by a camera as photographers crowded around him as he was getting into a car," a Clarence House spokesman said, per The Guardian. "In pushing the camera away, it's understood that a photographer's lip was cut."

The creation of Sentebale, 2006

Two years after his life-changing gap year, Harry collaborated with Lesotho’s Prince Seeiso to create the charity known as Sentebale — which translates to “forget me not.”

As of 2018, Lesotho had the second highest HIV presence in the world. Seeing the devastating effects firsthand in 2004, Harry was inspired to return to the small nation and make a change.

Eventually, the charity expanded to help Botswana and Malawi.

“We help the most vulnerable children in Lesotho, Botswana and Malawi get the support they need to lead healthy and productive lives. Sentebale works with local grassroots organisations to help these children – the victims of extreme poverty and the HIV/AIDS epidemic,” according to their website.

Demonstrating a strong interest in military service from a young age, Harry worked hard for several years to become a well-respected serviceman.

In 2010, his father Prince Charles presented him with his flying wing after he passed the highly intensive Apache training course, which allowed for him to commandeer military aircraft.

Harry could barely contain his smile when Prince Charles presented him with his wings.

Harry was bestowed with the honor of the Humanitarian Award from the Atlantic Council in 2012 for his charitable work with wounded veterans.

Prince Harry receives the Distinguished Humanitarian Leadership Award presented by former Secretary of State Colin Powell during the Atlantic Council 2012 Annual Awards Dinner at a hotel in Washington, DC, on May 7, 2012. Prince Harry joined a black-tie dinner in Washington to accept a humanitarian prize for his work supporting charities that help injured British and U.S. military personnel. (JEWEL SAMAD/AFP/GettyImages)

In his acceptance speech, he stated, “They have paid a terrible price to keep us safe and free."

The Duke was presented the award by former Secretary of State Colin Powell.

Established in 2014 by Prince Harry, the Invictus Games are a multisport event tailored for wounded veterans. The event includes sports such as wheelchair basketball, sitting volleyball and indoor rowing.

Prince Harry, Duke of Sussex is presented with an Invictus Games baby grow for his newborn son Archie during the launch of the Invictus Games on May 9, 2019 in The Hague, Netherlands. (Patrick van Katwijk/WireImage)

"For some of those taking part this will be a stepping stone to elite sport. But for others, it will mark the end of a chapter in their recovery and the beginning of a new one,” Harry said during the opening ceremony of the inaugural Invictus Games. "Either way, you can be sure that everyone who takes part on the track, pool or field of play will be giving it their all. And I have no doubt that lives will be changed this weekend."

The next Games will take place in the Hague on May 9th.

After meeting on a blind date in 2016, Harry and Meghan instantly clicked and fell in love.

Prince Harry and Meghan Markle ride in an open-topped carriage after their wedding ceremony at St. George's Chapel in Windsor Castle in Windsor, near London, England. (Aaron Chown/pool photo via AP, File)

Almost two years after meeting, the royal couple tied the knot on May 19, 2018 at St. George’s Chapel at Windsor Castle.

The televised wedding drew big ratings for the royals — receiving 29 million viewers across 15 television stations in the United States alone. The wedding received 24 million viewers in the U.K. as well.

Almost one year after the royal wedding, Harry and Meghan welcomed their first son, Archie Harrison Mountbatten-Windsor, into the royal bloodline.

Prince Harry and Meghan Markle hold their baby son Archie as they meet with Archbishop Desmond Tutu at the Tutu Legacy Foundation in Cape Town on Sep. 25, 2019. (Getty)

"The Duke and Duchess of Sussex are pleased to announce they have named their first born child: Archie Harrison Mountbatten-Windsor," the parents wrote on Instagram.

"This afternoon Their Royal Highnesses introduced Her Majesty The Queen to her eighth great-grandchild at Windsor Castle. The Duke of Edinburgh and The Duchess’ mother were also present for this special occasion."

Mountbatten-Windsor is a surname used by some members of the royal family.

The couple did not choose an aristocratic title for the baby, who is not a prince but could have been given a title with "Lord" before his first name. The couple did not disclose why they had chosen the names — though it is now speculated that they didn’t give Archie a royal title due to “Megxit” plans.

On Jan. 8, Prince Harry and Meghan Markle have announced they will “step back” as senior members of the royal family and instead work independently, splitting their time between the United Kingdom and North America.

Almost two weeks after their announcement, Harry publicly addressed why he and Meghan chose to relinquish their “royal highness” titles and move part-time to Canada.

"The decision that I have made for my wife and I to step back is not one I made lightly," the Prince said. "It was so many months of talks after so many years of challenges. And I know I haven't always gotten it right, but as far as this goes, there really was no other option. What I want to make clear is, we're not walking away, and we certainly aren't walking away from you."

Harry then explained that he and Markle, 38, originally hoped to support the queen without funds from the public. "Unfortunately, that wasn't possible," he stated.

"I've accepted this knowing it doesn't change who I am or how committed I am, but I hope it helps you understand what it had come to, that I would step my family back from all I have ever known to take a step forward into what I hope can be a more peaceful life."