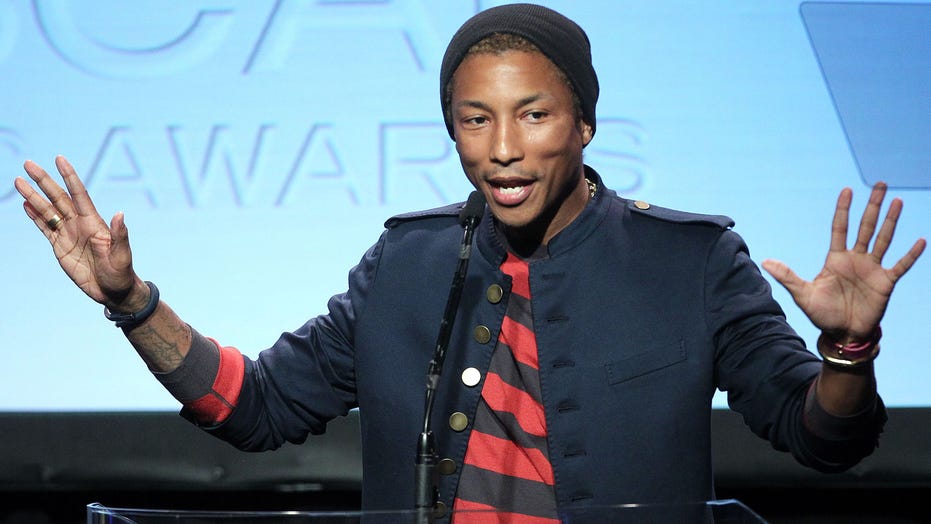 Pharrell Williams is adjusting with the times and taking a step back to discuss one of his biggest pop hits.

The artist-producer and fashion mogul talked to GQ for its New Masculinity issue (released Monday) about his 2013 single, “Blurred Lines,” which he recorded with Robin Thicke and T.I. Back then, there was a controversy surrounding the record’s lyrics, which critics said degraded women, and the tune's video, in which one of social media's most openly sexual influencers, Emily Ratajkowski and other women frolicked in skimpy garb.

Ratajkowski called her appearannce in the music video "the bane of my existence."

EMILY RATAJKOWSKI: I WAS 'SO NAKED' IN 'BLURRED LINES'

Speaking to the men’s fashion magazine, Pharrell said the Billboard award-winning record has aged terribly. He noted that much of the theme surrounding the song wouldn’t be acceptable in today’s #MeToo climate.

“I was also born in a different era, where the rules of the matrix at that time allowed a lot of things that would never fly today,” said Pharrell, 46, of his career then and now. “Advertisements that objectify women. Song content. Some of my old songs, I would never write or sing today. I get embarrassed by some of that stuff. It just took a lot of time and growth to get to that place.”

The 13-time Grammy Award-winner said it took the backlash from his infamous Robin Thicke and Miley Cyrus-performed record to flip his perspective on what the song meant to people within the larger society, not just within his fan base. 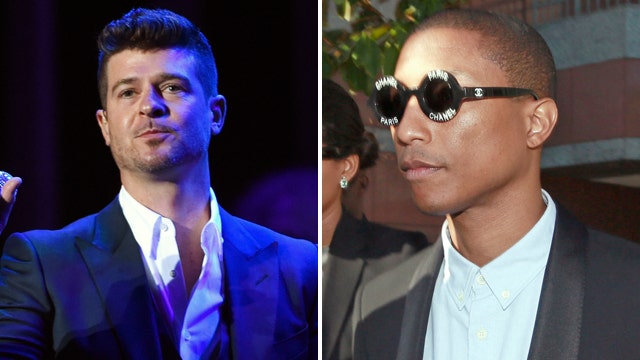 “I didn’t get it at first. Because there were older white women who, when that song came on, they would behave in some of the most surprising ways ever. And I would be like, ‘wow.’ They would have me blushing,” the "Happy" singer said.

“So when there started to be an issue with it, lyrically, I was, like, ‘What are you talking about?’ There are women who really like the song and connect to the energy that just gets you up. And ‘I know you want it’ — women sing those kinds of lyrics all the time. So it’s like, ‘What’s rapey about that?’”

The Virginia Beach, Va., native said: “And then I realized that there are men who use that same language when taking advantage of a woman, and it doesn’t matter that that’s not my behavior. Or the way I think about things. It just matters how it affects women,”

“And I was like, ‘Got it. I get it.’ Cool. My mind opened up to what was actually being said in the song and how it could make someone feel. Even though it wasn’t the majority, it didn’t matter.”

He continued: “I cared what they were feeling, too. I realized that we live in a chauvinist culture in our country.

"Hadn’t realized that. Didn’t realize that some of my songs catered to that. So that blew my mind.”