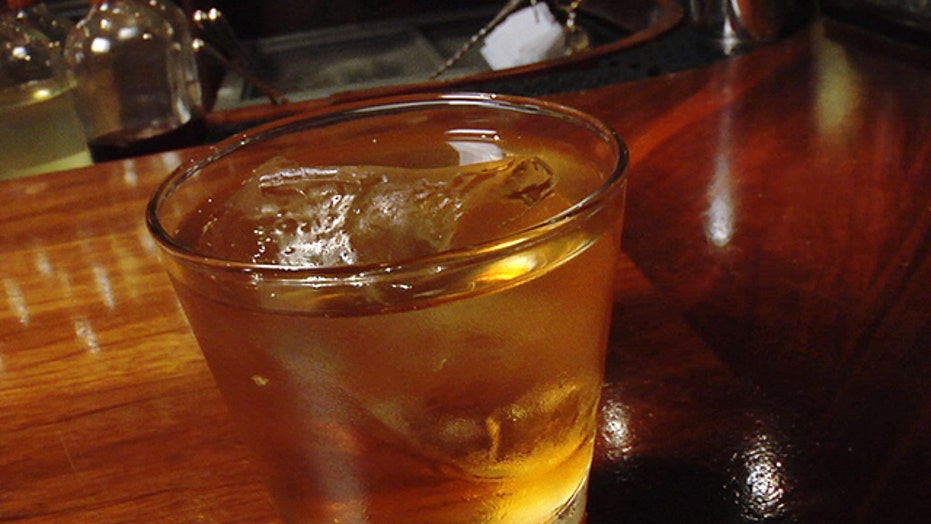 Mixing Up a Thunderbolt at Dead Rabbit NYC

Here's what's happening out there, people:

Earlier this week, Paris Hilton shared photos of herself in heart-patterned underwear on Instagram. We realize we're a few days late in reporting this, but we hope you'll forgive us. Paris Hilton is in a perpetual state of undress on her social media pages; we just couldn't keep up.

Anybody else need a stiff drink right about now? We've got just the thing: the Thunderbolt from the Dead Rabbit in NYC. Check out the video above to see award-winning bartender Jack McGarry mix up this Irish twist on an Old Fashioned.

On Thursday morning, Taylor Swift shared a selfie from bed — seemingly without makeup —  where she showed off the monogrammed pillows provided for her by a London hotel (below). Geez, the world really is a lot different for rich, famous, pretty people, huh?

Early on Tuesday morning, Robin Thicke was reportedly ticketed by police for refusing to stop blasting his music from his Hollywood Hills home. And even though we used the words "his music," we can't say for certain that he was blasting his own actual music. It is, however, much funnier to imagine it that way.

We kinda touched on this yesterday, but now, Kim Kardashian has finally shared the first photo from her nude pictorial with British GQ (below). And as we can all probably guess, she's going to be cleverly covering her naughtier parts in every photo, as if we haven't already seen her completely naked in a sex tape.

Actress Rosie Perez and political commentator Nicolle Wallace have been announced as the newest co-hosts of "The View," and probably the first two co-hosts to get the axe when they inevitably revamp the show three years from now.

This year's celebrity contestants on "Dancing With the Stars" were also announced, and so far, the most notable inclusion might be "Fresh Prince of Bel-Air" actor Alfonso Ribiero, who should win purely on the strength of his "Carlton Dance":

NBC unveiled the first look at their upcoming production of "Peter Pan Live" (below), set to star "Girls" actress Allison Williams in the titular role. (In case you're unaware, it's a tradition to cast a female in the role, lest you think Allison Williams is pulling the same stunt as the lead character in 1985's "Just One of the Guys.")

The father of late actress Brittany Murphy is "outraged" over Lifetime's decision to produce a made-for-TV biopic about his daughter. And judging by Lifetime's recent "Unauthorized Saved By the Bell Story," he's going to be even more outraged at its dismal production value.

Likely because they had nothing better to do, the cast of 1994's "Little Rascals" film reunited for a photoshoot (below) in celebration of the movie's 20th anniversary. At the very least, it's nice to see they haven't fallen victim to the original "Our Gang" curse.

As reported by NBC News, Princess Diana's wedding gown will be inherited by both Harry and William on September 15th of this year. The two will reportedly share ownership, though personally, we think William would look much better in it.

On Wednesday, supermodel Cara Delevingne shared a photo from Tuesday night's GQ Men of the Year Awards in which she's biting her friend Jourdan Dunn's butt (below), because this is what happens when you unmuzzle Cara Delevingne.

And finally, the nominees for this year's CMA Awards were announced, and "Somethin' Bad" singer Miranda Lambert says she's "so thrilled" about leading the pack with nine nominations. "Drunk on a Plane" singer Dierks Bentley came in second with five nominations, but he wasn't reached for comment, likely because he's drunk on a plane somewhere.