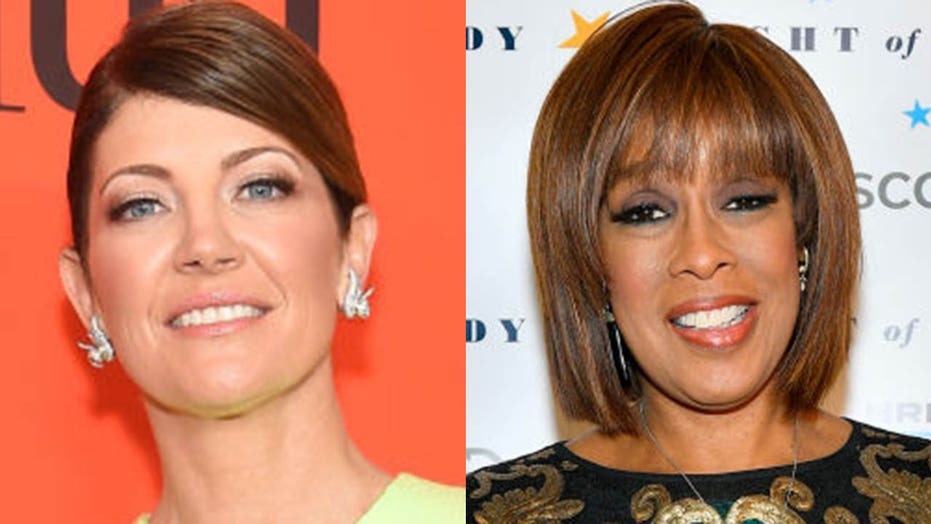 Norah O'Donnell acknowledged the rumors plaguing "CBS This Morning," saying Friday the morning show will address the reports of a hosting shakeup on Monday's episode.

"We are reading lots of things with great interest," O'Donnell told viewers Friday morning. Her regular co-hosts, Gayle King and John Dickerson, were absent from the broadcast with Anthony Mason and Vladimir Duthiers filling in.

"I just want you to know we will address them on Monday, when Gayle is back here — and John as well," she shared.

"Our show starts at 7 o’clock, and our Twitter handle is @CBSThisMorning," O’Donnell added.

O'Donnell's remarks came after reports swirled Thursday the journalist was being pushed out of "CBS This Morning."

The report may have been fueled by CBS News President Susan Zirinsky's previous comments that she is focusing on revamping the morning news show, particularly after veteran anchor Charlie Rose was ousted from the network as a result of sexual harassment allegations.

The possible change to the show's lineup comes weeks after CBS confirmed that Bianna Golodryga, who joined the show in October, would be leaving the network after just six months.

Zarinsky could be moving Dickerson to “60 Minutes” on Sundays, and O'Donnell to “CBS Evening News,” where she would replace current anchor Jeff Glor, as ratings continue to decline after he took over former anchor Scott Pelley's post in December 2017, Vanity Fair reported earlier this month.

Reps for CBS, O'Donnell and King did not return Fox News' requests for comment.