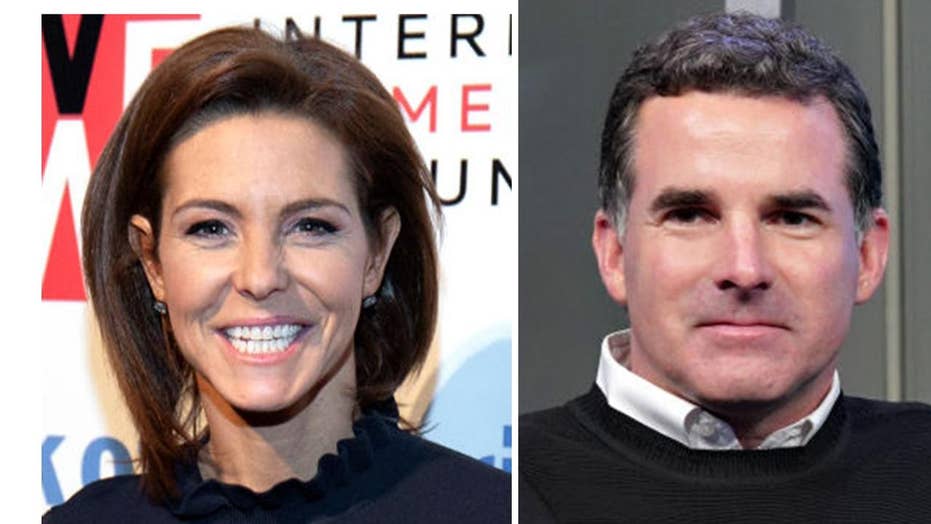 A new Wall Street Journal report examines the relationship between MSNBC anchor Stephanie Ruhle and Under Armour CEO Kevin Plank, alleging the two are having an affair. The report details Ruhle and Plank's relationship as well as her alleged involvement in the company, describing it as 'unusual and problematic.' Under Armour denies her involvement with the company. MSNBC has not responded when asked for comment.

The report by Khadeeja Safdar headlined, “Meet Under Armour CEO’s Unusual Adviser: An MSNBC Anchor,” details Ruhle’s relationship with the workout gear honcho that includes flying on his private jet and offering her expertise on a variety of business issues.

“Ruhle’s involvement at the Baltimore company was unusual and problematic,” the Journal reported, citing current and former Under Armour executives and “others familiar with the matter.”

The report noted that employees were “unsure how to handle her feedback because many people believed she was romantically involved” with the married Plank. However, the Journal report is rife with various forms of denial by the Under Armour spokesperson regarding whether or not Ruhle played a role in business decisions at the company.

“Mr. Plank and Ms. Ruhle are friends,” an Under Armor spokesperson told the Journal. “The idea that Mr. Plank uniquely listens to any one individual is absurd.”

MSNBC did not immediately respond when asked for comment.

Ruhle, a banker-turned-cable news host who is also married, reportedly ruffled feathers within the board of Plank’s company.

CNN’S VAN JONES COMPARES JUSSIE SMOLLETT TO JACKIE ROBINSON: ‘THIS IS THE FALL OF AN ICON

“Plank’s relationship with Ms. Ruhle was brought to the attention of the Under Armour board after the company uncovered emails that showed an intimate relationship between them,” the Journal reported. “The board asked Mr. Plank about the nature of the relationship and whether company assets were used, these people said. Mr. Plank told directors that it was a private matter and that no company funds were spent, they said. It couldn’t be determined if the board took further action.”

The report claims that the MSNBC host offered advice to Plank on a critical 2016 public relations debacle. The report states Plank listen to Ruhle instead of his own management when Golden State Warriors star Stephen Curry’s signature sneaker was widely mocked on social media.

“Under Armour employees wanted to react on social media in the first 24 hours, but were asked to hold off on addressing the issue publicly because Ms. Ruhle said she would step in and discuss the shoes on TV,” the Journal reported. “Ruhle discussed the shoes that weekend on an NBC show.”

The Under Armour spokesperson told the Journal that “to suggest that we waited to respond for a particular reporter is ridiculous” and that the company “wasted no time in defending our brand.”

The report also examines Plank’s use of a $166,667-per month private jet that was reportedly used to transport him, the MSNBC host and others around the globe.

Ruhle has been an outspoken critic of the president as a key figure at the liberal MSNBC.

“She also gave advice on how he should engage with President Trump in 2017 that was at odds with some executives who urged Mr. Plank to keep his distance,” the Journal reported.