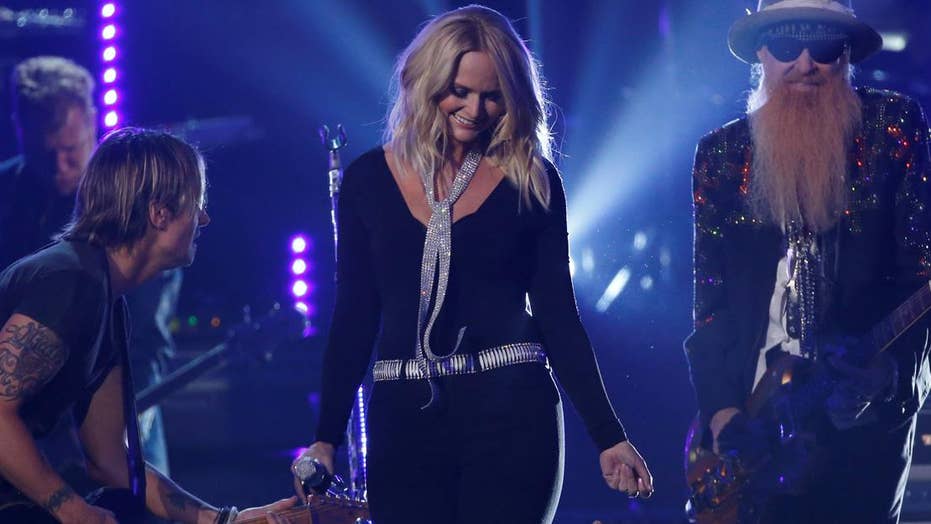 It’s not listed as a duet, but Miranda Lambert‘s song “Pushin’ Time” prominently features her boyfriend Anderson East. The couple sing of resisting and finally giving into their feelings during this soft love song.

Lambert wrote “Pushin’ Time” with Foy Vance and Natalie Hemby. She’s specific with details, recalling a certain sunset and how when she disappeared to get a drink, “you still kept your eyes on me.”

East provides harmonies, but his vocals are turned up to almost match Lambert’s on the ballad. “I didn’t plan on falling fast / I didn’t know I could be kissed like that / Now I’m trading miles for minutes / This bed’s too big without you in it,” she sings during the second verse of song No. 10 on “The Nerve” disc of The Weight of These Wings.

Lambert’s latest love story swings from nervous hesitation to total commitment by the end. “If it has to end in tears / I hope it’s in 60 years,” she sings to close the final verse. While not a single, “Pushin’ Time” is certainly a song of interest. Lambert says the new album isn’t a total heartbreaker, despite a tumultuous 18 months that included divorce and finding new love with East.

The "Weight of These Wings" is a two-disc album that features singles “Vice” and “We Should Be Friends” among the 24 songs. It’s Lambert’s sixth studio album, her first since "Platinum" in 2014.