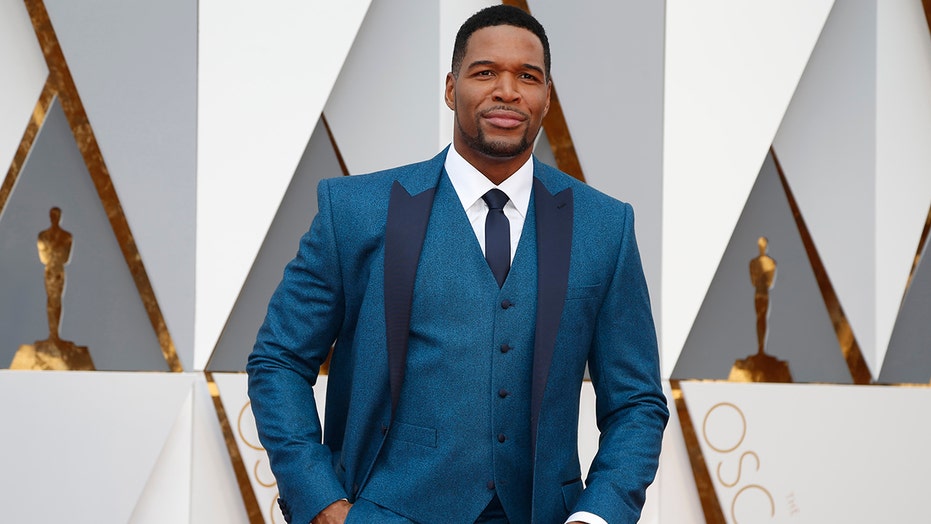 Michael Strahan said that he didn’t feel he could speak up or raise his voice during his time on “Live with Kelly” out of fear of seeming like a threat as a black man.

The former NFL player and current “Good Morning America” host spoke during a town hall on racism with Disney boss Bob Iger and a bevy of other people ABC felt were qualified to speak on the subject.

A source tells Page Six that, although Strahan didn’t mention “Live” by name, he was clearly speaking about his time on the show before his controversial exit in 2016.

“Michael said that there were some very tense situations with executives who got argumentative and loud on the show, and he was very aware he couldn’t speak up or raise his voice as he was worried he would be seen as threatening,” a source told the outlet.

Michael Strahan reportedly said he felt he couldn't speak up for himself while at 'Live with Kelly.' (REUTERS/Lucy Nicholson)

Representatives for Strahan did not immediately respond to Fox News' request for comment.

Strahan abruptly left “Live” in 2016 to join the team on “Good Morning America.” In January, he opened up about his time on the show, noting that friction with his co-host, Kelly Ripa, contributed to his decision to leave.

"It was tougher in the TV business to see a certain kind of competitiveness than it was in sports," Strahan told The New York Times at the time.

Strahan's comments at the town hall came soon after he spoke out about the controversy that rocked ABC News over the weekend that saw top executive Barbara Fedida go on administrative leave after a report detailing alleged racist mistreatment by Fedida of black journalists at the network.

"There are deeply disturbing allegations in this story that we need to investigate, and we have placed Barbara Fedida on administrative leave while we conduct a thorough and complete investigation. These allegations do not represent the values and culture of ABC News, where we strive to make everyone feel respected in a thriving, diverse and inclusive workplace," Strahan read.