How much work goes on in the British monarchy?

For at least the third year in a row, the member of the Royal family who seemingly gets the least attention in the public eye worked the hardest.

Princess Anne, the only daughter of  Queen Elizabeth, put in a total of 167 days, according to official records.

In this Tuesday, Dec. 3, 2019 file photo, Britain's Princess Anne talks to guests during a reception at Buckingham Palace, as NATO leaders gather to mark 70 years of the alliance, in London. (Yui Mok/Pool Photo via AP, File)

Heir to the throne Prince Charles came in second with 125 days of official duties.

The member of the royal family who is second in line to inherit the throne, Prince William, worked 74 days in the past 12 months. His wife, Kate Middleton, worked 58 days.

The family’s newest member, and the token American, Meghan Markle, worked the fewest days, 31. She spent time on maternity leave following the birth in May of her and Prince Harry’s first child, son Archie.

The amount of time senior royals spent working in 2019 may have been affected by this year being a little “bumpy” for the family, as the queen admitted in her televised Christmas day address to Britain.

This year was notably rough for the royal family between their rumored strained relationship with Prince Harry and Meghan Markle and the scandal surrounding Prince Andrew's friendship with the late convicted pedophile Jeffrey Epstein and the accusations that Andrew had sex with trafficked underage victims.

Prince Andrew worked 90 days this year before he retired from public duties following overwhelming criticism of his role in the Epstein crimes. 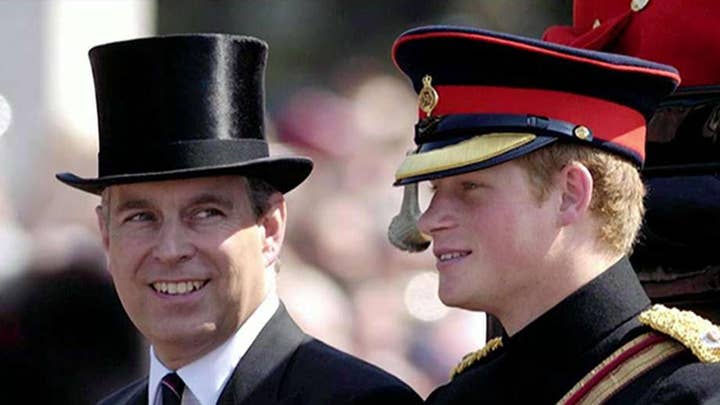 The figures of the family’s public work were compiled and published Monday by Britain’s Press Association.

Details of the monarchy’s official public engagements are recorded in the Court Circular, a daily list of the events attended by the queen and her family.

Prominent members of the royal family worked an average of 84.5 days this year, or about a third of the 253 working days in the U.K.