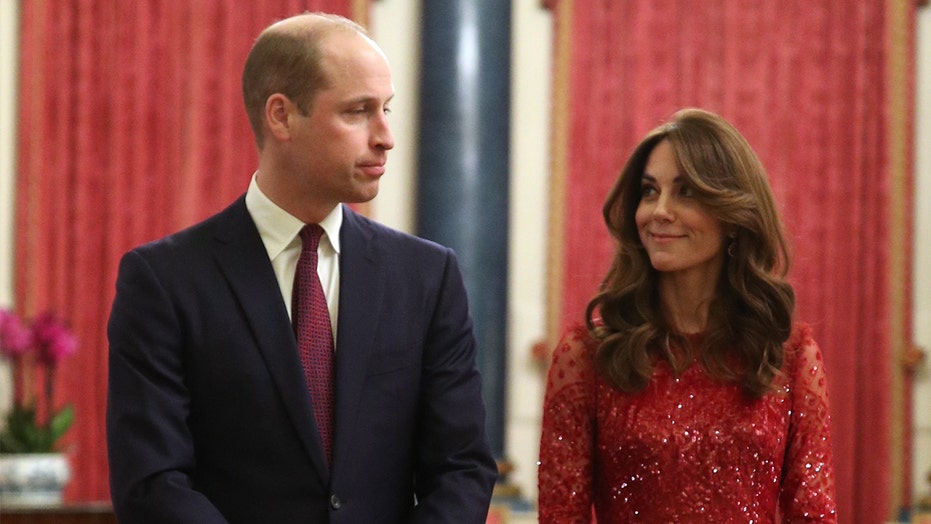 Prince William and Kate Middleton are continuing their royal duties

The beloved United Kingdom couple carried out a reception at Buckingham Palace on Monday on behalf of Queen Elizabeth II in order to kick off the U.K.-Africa Investment Summit 2020, being held in London.

Middleton, 38, appeared as regal as ever, donning a red sequin gown, which she paired with red velvet heels and a red-and-gold clutch, her signature brunette locks moving freely as she moved throughout the room. William, 37, kept his look classic, in a dark blue suit, white shirt and a red tie.

During his speech, William spoke openly about the deep connection he and Middleton share with the region, even explaining it as the place where Prince Charles brought him and Prince Harry after their mother, Princess Diana, had died.

AFTER 'MEGXIT,' SOPHIE, COUNTESS OF WESSEX, IS THE 'PERFECT' PERSON TO TAKE OVER RESPONSIBILITIES, SAYS ROYAL EXPERT

“The African continent holds a very special place in my heart,” said William. “It is the place my father took my brother and me shortly after our mother died. And when deciding where best to propose to Catherine, I could think of no more fitting place than Kenya to get down on one knee.” (via People)

The palace event also drew the likes of Prince Edward and Sophie, Countess of Wessex -- who also celebrated her 55th birthday on Monday --  as well as the queen’s daughter, Princess Anne, to welcome heads of state and government all in an effort to “demonstrate the strength of the relationship between the U.K. and Africa,” Kensington Palace said in a statement to People.

“The summit will demonstrate the strength of the relationship between the U.K. and Africa, showcase and promote the breadth and quality of investment opportunities across Africa, and highlight the U.K.’s commitment to supporting economic development in Africa, including through the creation of jobs and new partnerships,” the announcement read.

Harry has also been hard at work performing duties on behalf of the queen and met with leaders from three countries -- who were in attendance at the U.K.-Africa Investment Summit -- earlier in the day, the magazine reported. According to the outlet, Prince Harry is said to have met with HE Saadeddine Othmani, the prime minister of Morocco; HE Arthur Peter Mutharika, president of Malawi; and HE President Filipe Nyusi, president of Mozambique.