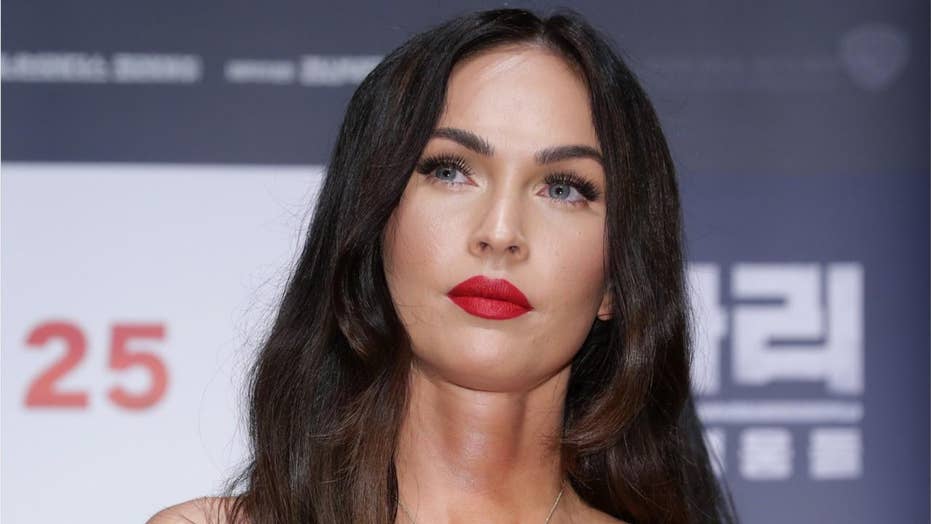 Megan Fox had 'breakdown' after her 2009 movie bombed, but she didn’t even recognize it.

Megan Fox is clearing things up after an old clip of her on “Jimmy Kimmel Live” sparked a debate about her alleged misogynistic mistreatment at the hands of director Michael Bay.

The clip features Fox, now 34, recalling how she was cast as an extra in Bay’s 2003 movie “Bad Boys II.” The resurfaced video prompted many to call out Bay and Hollywood in general for sexualizing the actress at a young age. Some even brought up an alleged story about Fox having to wash Bay’s car as part of her audition for “Transformers,” which the actress responded to on Instagram.

“I know that a discussion has erupted online surrounding some of my experiences in Hollywood and the subsequent mishandling of this information by the media and society in general,” Fox began her lengthy public statement. “While I greatly appreciate the outpouring of support, I do feel I need to clarify some of the details as they have been lost in the retelling of the events and cast a sinister shadow that doesn’t really, in my opinion, belong. At least not where it’s currently being projected…”

She went on to note that she had told the story of being 15 or 16 on the set of “Bad Boys II” in the past. She explained in the resurfaced clip that the director wanted her to be in a bikini and heels for a scene. However, because she was underage and couldn’t sit at the bar, the director’s solution was to have her dancing under a waterfall.

Megan Fox and Shia LaBeouf are shown in a scene from the Paramount Pictures film 'Transformers: Revenge of the Fallen.' The actress recently discussed her experience auditioning for the franchise. (Reuters)

“At 15, I was in 10th grade. That's sort of a microcosm of how Bay's mind works,” she told host Jimmy Kimmel to laughs from both him and the audience.

However, when it comes to the story of her “Transformers” audition, she clarified that she was 19 or 20 at the time. She also explained that, while she was tasked with pretending to “work” on Bay’s Ferrari as part of an audition, it was done at a studio parking lot with several crew members and employees present.

“I was at no point undressed or anything similar,” she explained. “So as far as this particular audition story I was not underaged at the time and I was not made to ‘wash’ or work on someone’s cars in a way that was extraneous from the material in the actual script. I hope that whatever opinions are formed around these episodes will at least be seeded in the facts of the events.”

Fox went on to note that these are just a few of her experiences in a “long and arduous journey" where she "endured some genuinely harrowing experiences in a ruthlessly misogynistic industry.” However, she made sure to explain that, despite feeling sexualized at times in her career, Bay and executive producer Steven Spielberg did not assault her in any way.

“There are many names that deserve to be going viral in cancel culture right now, but they are safely stored in the fragmented recesses of my heart,” she said. “But when it comes to my direct experiences with Michael, and Steven for that matter, I was never assaulted or preyed upon in what I felt was a sexual manner.”

Megan Fox spoke out to clarify her story after a resurfaced clip of her on 'Jimmy Kimmel Live' sparked debate. (Michael Caulfield/Getty Images for VH1)

The actress concluded her lengthy statement by thanking her fans for their support.

Fox was eventually fired from working on the third “Transformers” movie after giving an interview in which she called Bay “a nightmare to work for” and noted that he “wants to be like Hitler on his sets.”

Although many of her fans are supporting her speaking out against the alleged mistreatment from the director, Fox previously told Cosmopolitan U.K. in 2017 that she blames herself for the situation.

“That was absolutely the low point of my career,” Fox said at the time. “But without — ‘that thing,’ I wouldn’t have learned as quickly as I did. All I had to do was apologize — and I refused. I was so self-righteous at 23, I couldn’t see [that] it was for the greater good. I really thought I was Joan of Arc.”