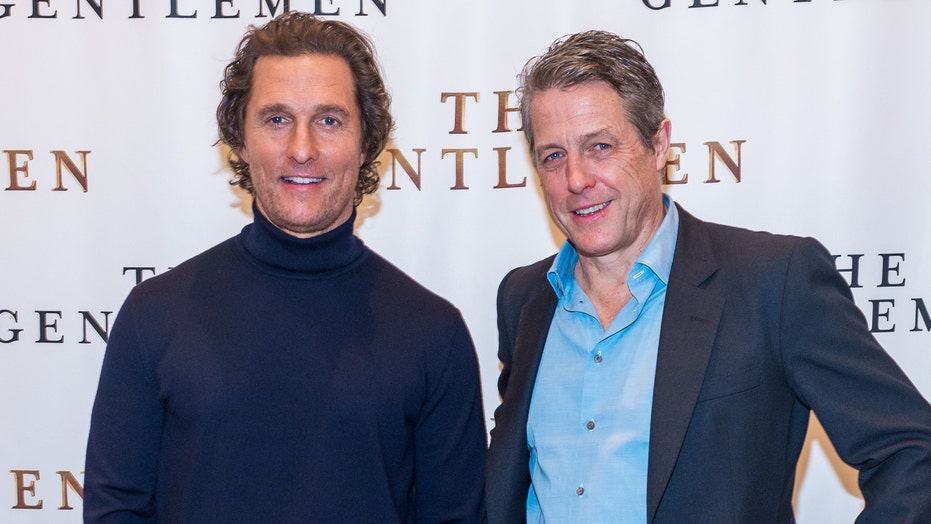 Matthew McConaughey and Hugh Grant played matchmakers to their mother and father, respectively.

In an interview the two stars had with Mashable last December, McConaughey revealed that his then-87-year-old mother, Mary Kathlene McCabe, was single after her second husband “moved on” two years ago.

“Would your 87-year-old mother like a nice 91-year-old Englishman?” Grant asked, referencing his dad, James Grant.

McConaughey noted that she’s “single and vital” following the death of her second husband two years ago. The two stars of “The Gentlemen” laughed off the moment, but they recently gave an update on the situation to Entertainment Tonight and it seems the duo’s parents may actually be getting together.

“His father's 91, my mother's 88," McConaughey told the outlet. "Yeah, why not? Next week, they're supposed to meet, and we probably won't see them for the rest of the night."

Grant jokingly referred to the meeting as “red hot.”

With that, McConaughey joked that he could start a matchmaking service provided everyone involved is over the age of 85.

The duo said in their interview that setting their parents up would give them an excuse to work together again after co-starring in Guy Ritchie’s “The Gentlemen,” which is set in London and also stars Charlie Hunnam, Henry Golding, Michelle Dockery, Jeremy Strong, Eddie Marsan and Colin Farrell.

McConaughey plays an American ex-pat who is thinking of retiring from the marijuana business in London, sparking a power vacuum that scheming rivals are eager to fill.