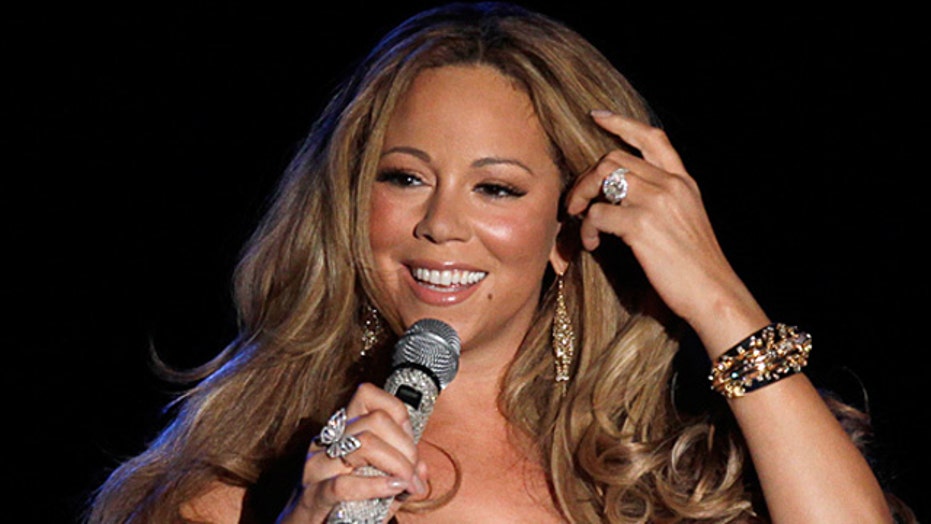 Mariah Carey is sick of the constant feuding with Nicki Minaj, a source tells us

LOS ANGELES – If you were thinking that the ongoing Nicki Minaj versus Mariah Carey bickering was nothing more than a publicity stunt, you would be wrong.

According to a source close to “American Idol,” Carey is so done with her fellow judge’s threats and nastiness she last week threatened not to come to the show this week, despite the show being down to its top three finalists.

“Mariah doesn’t want to come back, Nicki is really disrespecting her and she’s tired of trying to bite her tongue all the time,” an insider told FOX411’s Pop Tarts column. “One night Nicki tried to be kind of nice, but Mariah didn’t bite, so I guess she figured screw that.”

The Carey versus Minaj war of words has now even spread from the set to cyberspace. Following a heated argument on “Idol” last week, the young rapper took to twitter with a barrage of insulting tweets, referencing recent reports that former judge Jennifer Lopez was approached to replace Carey on the current season, and calling her “insecure” and “bitter.”

But we’re told even if Minaj doesn’t return to the panel next season, Carey won’t be back.

“She’s done with it all. She doesn’t need the platform, and all the drama isn’t healthy for her,” added the source. “She’s also under fire with the producers for not being critical enough of the contestants.”

And while we’re assured that the judge throwdown is definitely not a marketing move, it is certainly a hot topic of discussion on Twitter.

“Minaj is so irritating, you do not argue with Mariah Carey,” tweeted one, as others weighed in “they should just fight onstage,” and another concluded that Minaj’s attacks were “disgusting and pathetic.”

Reps for Carey and FOX did not respond to a request for comment.