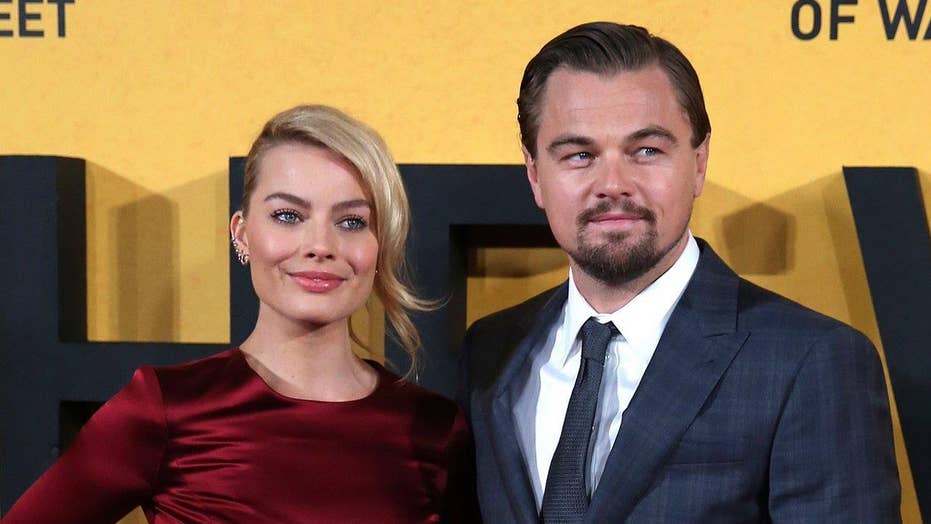 Fox 411: Margot Robbie did not like filming sex scenes with Leonardo DiCaprio

Margot Robbie is allegedly in talks to star as Sharon Tate in Quentin Tarantino’s upcoming film about the Charles Manson family murders.

Deadline reported Wednesday the 54-year-old American director met with the 27-year-old Australian actress to discuss the role of Tate, the late wife of director Roman Polanski. She was brutally murdered by the Manson family in 1969 at age 26 when she was eight months pregnant with the couple’s first child.

And Robbie isn’t the only star who’s reportedly lined up to appear in the upcoming drama. The site added frequent Tarantino collaborator Samuel L. Jackson will likely play a lead in the film, and Brad Pitt “is being courted” to appear as a detective investigating the murder. Actress Jennifer Lawrence is also allegedly being considered for an unknown role.

Robbie is a high-demand leading lady in Hollywood these days. She recently starred as bad girl Harley Quinn in “Suicide Squad", which earned more than $700 million worldwide, as well as Jane Clayton in “The Legend of Tarzan”. She will be reprising her role as Quinn in the upcoming film “Gotham City Sirens”. She’s also filming the biopic “I, Tonya”, as controversial Olympic skater Tonya Harding.

The New York Daily News reported in January that Manson, who is currently in prison, has been denied parole a dozen times. The 82-year-old’s next hearing is scheduled for 2027.