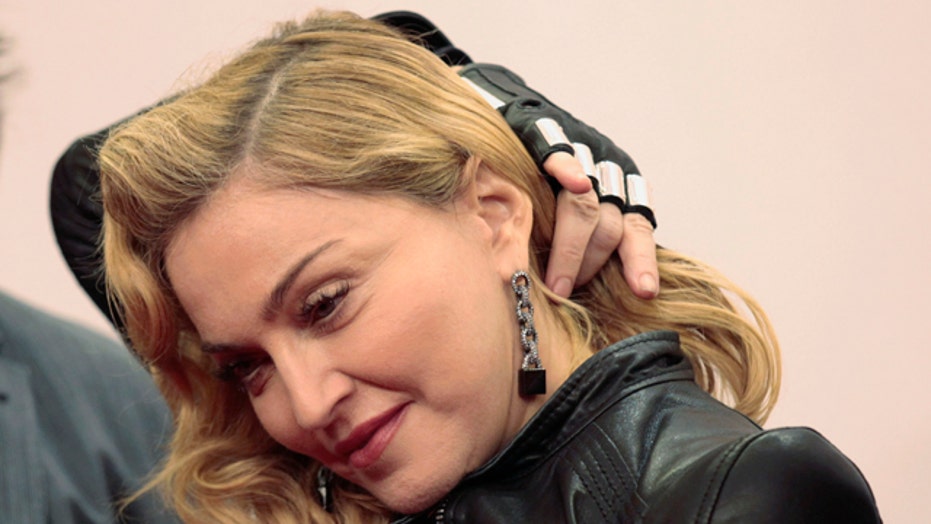 Madonna’s teenage son Rocco is sick of touring with his pop-star mom, so he’s refusing to spend the holiday break with Madge at her Manhattan townhouse.

When Rocco, 15, disobeyed his mom’s demand to board a plane from London — where he’s staying with his filmmaker dad, Guy Ritchie​ ​— Madonna ran to court Wednesday to force the teen’s return to New York.

Manhattan Supreme Court Justice Deborah Kaplan ordered Rocco to come home, but Ritchie’s attorney David Typermass made it clear that he would not voluntarily return to the U.S.

“This is a 15½-year-old strapping young kid, so we’ll see,” a source close to the case told The Post.

The source said Rocco had been traveling with Madonna across the world for her Rebel Heart tour for the last two months.

“The boy said he didn’t want to stay with her,” the source said. “He’s not getting along with his mom, which is not a surprise for a child that age.”

The “Like a Virgin” singer announced in August that Rocco would be touring with her.

“I think he’s probably gonna work behind the scenes,” Madonna told EW.com. “He’s not interested in performing on stage with me right now. There’s way cooler things,” she said.

There is also a pending court proceeding in the U.K., where Rocco has his own lawyer.

The Manhattan judge said Rocco would also have a court-appointed attorney in the New York custody case.

Madonna argued that the dispute belongs in New York, where she lives, and where the divorce agreement was registered in 2009.

Madonna and Ritchie, who share two children, divorced in London in 2008.

The “Like a Virgin” singer — wearing a long, black skirt, sunglasses and a fur-trimmed cloak — was accompanied by an assistant and escorted out by court officers following the hearing.