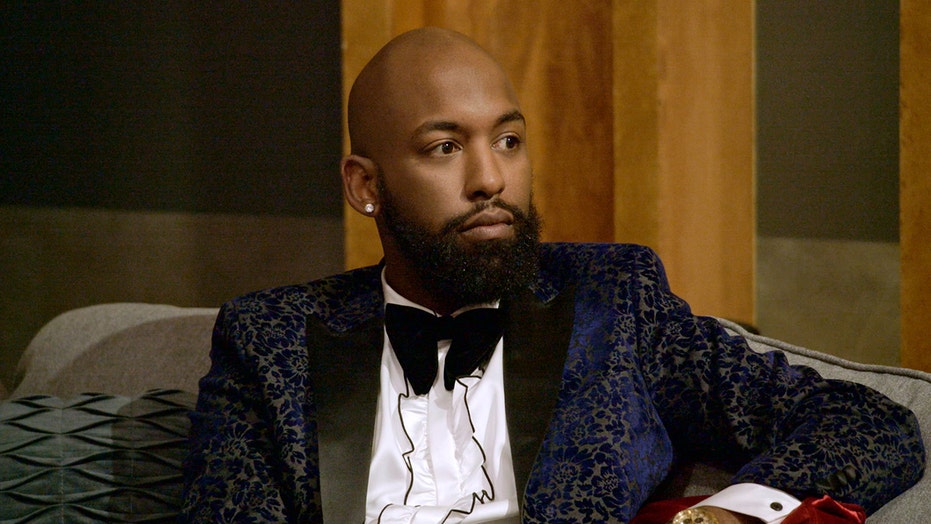 “Love is Blind” star Carlton Morton says he’s getting therapy after an alarming post on social media seemingly led to a 911 call.

TMZ caught up with Morton in Atlanta on Thursday to ask how he’s doing after becoming a bit of a villain on the Netflix reality series for not disclosing his bisexuality to fellow star Diamond until after they were engaged.

“I’m dealing with this the best that I can,” he told the outlet. “Obviously, every day is new, waking up to death threats in my DMs, social media comments. Just feeling, again, like I have to rally behind myself constantly.”

'LOVE IS BLIND' STARS AMBER AND BARNETT ON CONFRONTING JESSICA AT THE REUNION: 'SHE NEEDED TO HEAR IT'

Days prior to speaking with the outlet, Morton shared a post on social media lamenting ever being involved with the reality show in the first place.

“Black lives matter until it’s an LGBT Black life,” he added. “Also, so-called ‘celebrity’ friends on social media have every opportunity to defend my CHARACTER yet they don’t! I’ve argued for tons of people. Y’all see ANY of those people speaking up for me? I’M DONE.”

Soon after the post, police were reportedly called to Morton’s home for a non-life-threatening injury.

Carlton Morton opened up about his regrets about being on 'Love is Blind.' (Netflix)

A public information officer for the Atlanta Police Department did not have a record of any call made about Morton but noted to Fox News that it isn't uncommon for no police report to be generated on calls where no emergency or criminal activity is present.

“I’m OK,” Morton said of the incident. “I had a very tough day and some people apparently wanted to check on me, and that’s all I can really say about it right now. It’s kind of embarrassing. I just feel like the world hates me right now.”

Fortunately, Morton revealed that he’s turning to therapy after the incident.

“Actually I’m headed to a therapist right now to have a therapy session. Just to talk about my mental health is very important,” he said. “I feel like therapy is everything and it’s something that, in the black community, we don’t talk about.”

As for his decision to keep his sexuality a secret from Diamond, Morton admitted that he’s got some regrets.

“I do regret it now, I didn’t think that it would be such an issue because I felt like it was a face-to-face conversation,” he said. “But being how I see that it has affected our story. I’m beginning to regret… maybe even being a part of it. Just because it’s been too much.”

His comments echo what he said on the "Love is Blind" reunion special for Netflix.