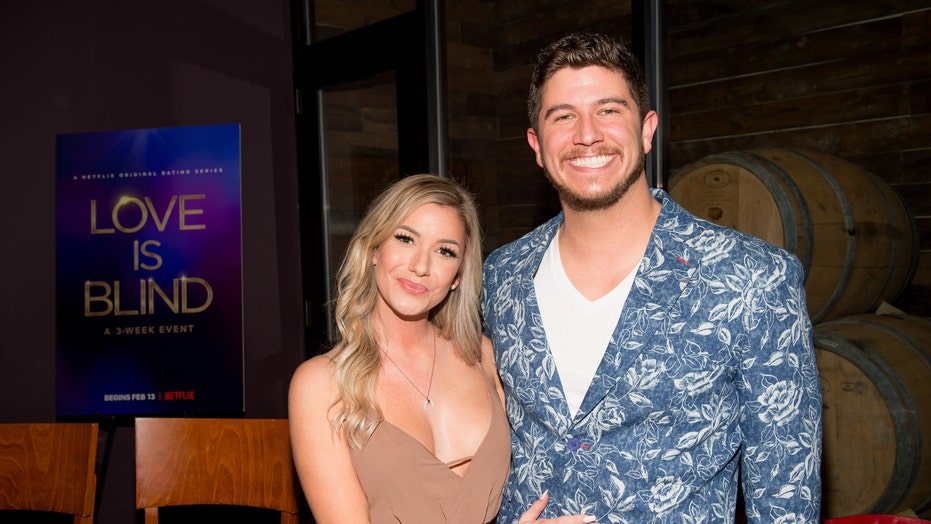 "Love Is Blind" has taken over the Internet.

The Netflix dating show went completely viral and captured the world's attention as fans watched 30 singles looking for love in a new, unconventional way. On the 10-part series, the men and women attempt to find their forever partner without ever seeing them.

Then, when the singles felt a strong connection, they proposed and met the other person for the first time face-to-face. Now engaged, each pair plans their wedding day while navigating the rocky waters of the outside world.

The social experiment worked for Amber Pike, 25, and Matt Barnett, 27, who walked down the aisle on the season finale, which was originally filmed in November 2018.

WHAT'S LEAVING AND COMING TO NETFLIX IN MARCH 2020?

The couple already filmed the show's reunion episode and they were most anxious to come face-to-face with fellow cast member Jessica Batten, who was making moves behind Amber's back. "I think that it was one of those moments where this had to happen here," Barnett told Fox News on Wednesday.

"I'm not the type of person that likes to hold things in. I'm obviously an open book. And there were a lot of things that were revealed when the show came out that I was unaware of. And I think something that upset me the most about it was that I'd never had my opportunity to confront Jessica during filming because of her whole facade," Pike explained. "I'm not one to mince my words about how I feel about something. So no regrets. Not sorry. It needed to be said and she needed to hear it."

To rewind, Pike and Barnett really got to know each other while in Mexico. "We were filming pretty much all day," she said. "But we had the nights to ourselves. We would normally go to bed and have little pillow talk chats about life. Our most intimate moments were outside of filming."

"The majority of our most important conversations you don't get to see [on camera] because a lot of that happened at night," added Barnett.

As for being in the pods, Pike admitted it was "awkward" at first just to keep talking. "You're sitting by yourself and there's this weird, cool screen in front of you and then you hear someone talking. You feel like you're losing your mind because there's just a little speaker and you don't know where to look. I'm a person that's really big on eye contact when I'm having conversations."

NETFLIX 2020 SHOWS RELEASE DATES: WHAT WE KNOW SO FAR

"It was a super cozy room," added Barnett. "By day two or three I was pretty comfortable with it."

After a month of dating, the two decided to get married but on the morning of their wedding, Barnett wouldn't answer his phone, sending Pike into freakout mode.

Amber and Barnett on 'Love Is Blind'  (Netflix )

"It was scary and I was sure he was the man that I wanted to marry and I was sure that he wanted to marry me. But also, it was all happening so fast. And I think we both really just needed to lean on each other at that time and we didn't have that opportunity," she described. Thankfully, Pike's mom came to the rescue and eased everyone's tensions.

Pike and Barnett are currently in a really strong place in their relationship but acknowledge their strange beginning.

"I was looking for a commitment in the relationship that I was in and we have that commitment to each other now," Pike said. "And now we're kind of working backward, doing the dating and having fun together and figuring each other out. Growing our relationship and really working on that foundation."