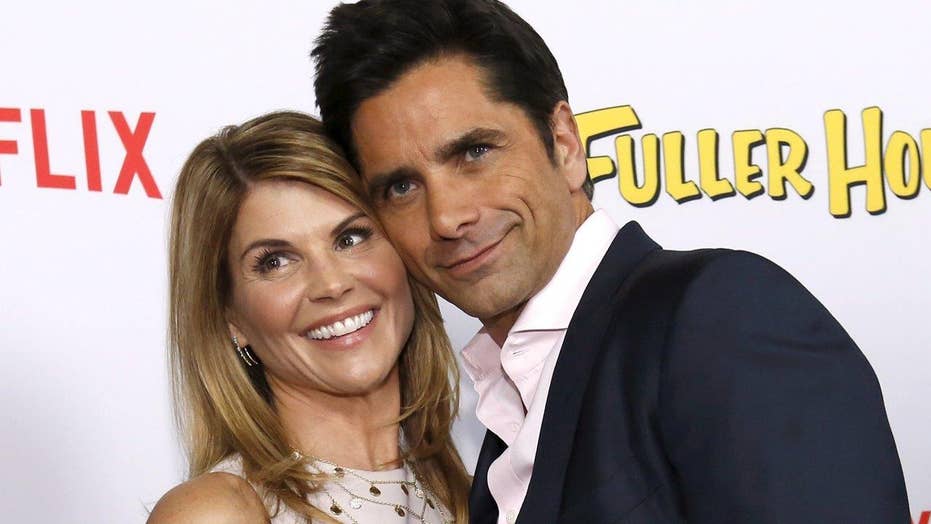 In the Zone: Lori Loughlin talks 'Full House' reboot and her mission to help women in Africa

NEW YORK – Lori Loughlin is best known as the lovable Aunt Becky on "Full House" and now on the spin-off series "Fuller House." But she's also passionate about causes like World Water Day which is why she has teamed up with Emergen-C to bring clean drinking water to Ethiopia The actress spoke to FOX411 about returning to the iconic TV series, and her on-screen chemistry with co-star John Stamos. Have mercy!

Although, elements of the family friendly brand of the 90's hit has stayed intact, some critics say the reboot is too mature for younger audiences unlike its predecessor.

“It definitely pushes the envelope in a way that we didn’t push the envelope. I guess times are changing and that’s a choice. I’m not a part of the creative process so I’ve gotten that feedback, too but that’s up to the powers that be. I’m sure they know what they’re doing,” the mother of two said.

"The Full House" and "Fuller House" cast has said they are like a real life family, and one dynamic that has fans of the show always talking is Loughlin and Stamos' on-screen romance. Stamos once said that his TV wife was the one that could have gotten away.

“It was very flattering. I’m going to put that on my tombstone – ‘the one that got away.’ I’m going to take it right to the grave with me,” joked Loughlin.

The married star said her husband fashion designer Mossimo finds the dynamic between his wife and bachelor Stamos completely harmless.

“My husband loves John so much. In fact, on my Instagram when people comment you know, ‘You should marry John Stamos' and 'You should be with John,’ he always comments, ‘I agree. She should have married John Stamos.' He has a very good sense of humor about it and they’re very good friends.”

While Loughlin is incredibly committed to her career and family, she has given her voice to World Water Day and the partnership with Emergen-C – Water Transforms Lives.

“663 million people do not have access to clean drinking water. It’s a staggering number and we take it for granted,” she explained. “What we’re asking people to do is take a picture of yourself holding something that is 40 pounds on Instagram or Twitter and use the #40Pounds and tag Emergen-C, and for every post the Emergen-C will donate $5 to charity water, and that money will go directly to building water wells in Ethiopia.”