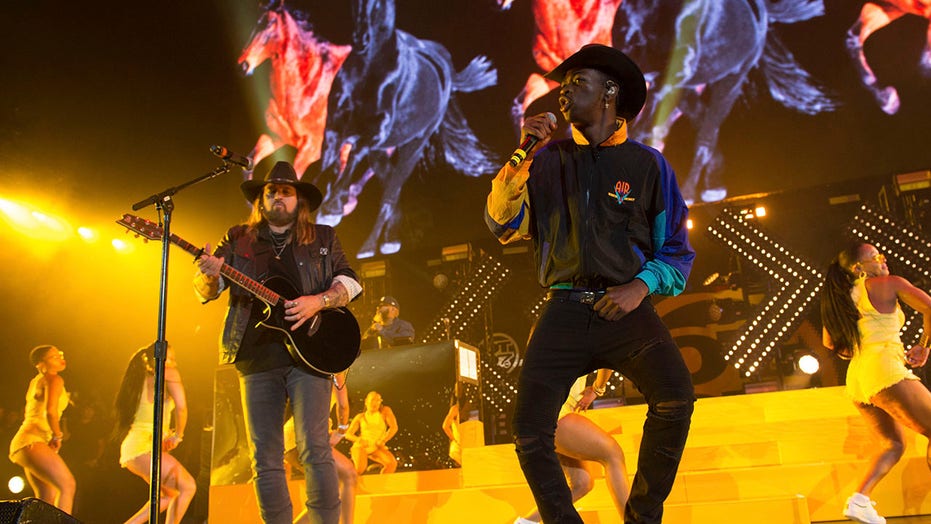 An hour before Lil Nas X made his debut on the CMA Fest stage, fans were already chanting for "Old Town Road."

The 20-year-old rapper came out in a sparkly orange denim suit and white cowboy hat and boots to sing the viral hit on Saturday night in Nashville for tens of thousands of fans along with Billy Ray Cyrus on guitar and Keith Urban on banjo.

He may only have one song that anybody knows, but the crowds in the stadium reacted as if Taylor Swift had been there.

The cowboy-themed country trap song has been on the top of the Hot 100 list for 10 weeks, spawned social media memes and dances and prompted numerous think pieces about black cowboy culture and the state of country music.