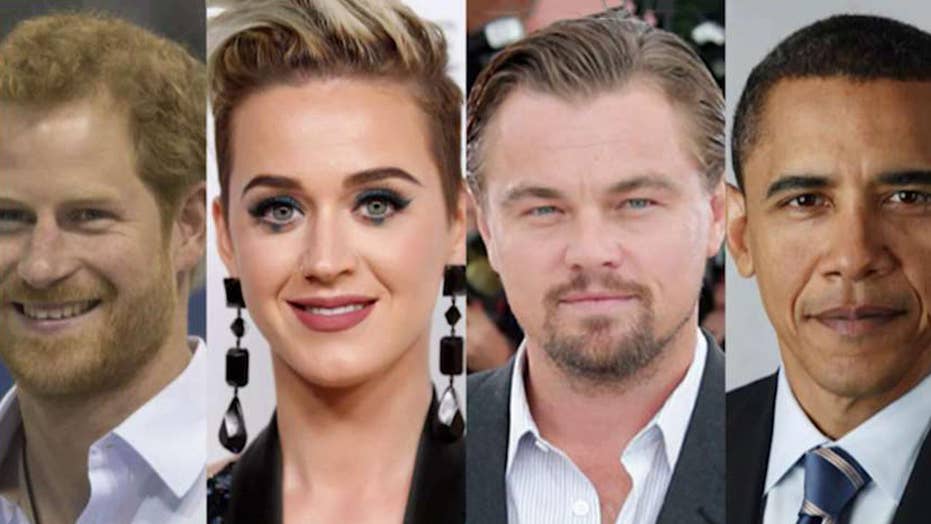 Climate activist celebrities and business leaders are facing backlash after arriving at Google Camp in Italy in private jets and yachts.

Actor Leonardo DiCaprio -- who has taken heat for his preference for fuel-guzzling, private plane travel -- took harsh shots himself at climate change deniers in a speech supporting the young people who staged a worldwide climate protest in September.

Thousands of people gathered in New York City’s Central Park Saturday for the 2019 Global Citizen Festival. There, they called on government and businesses to take action on key issues like climate change. The “Once Upon a Time in Hollywood” actor gave a speech at the event in which he praised the recent Global Climate Strike and lambasted those who don’t believe in climate change.

The crowd is seen at the 2019 Global Citizen Festival in Central Park on Saturday, Sept. 28, 2019, in New York. (Photo by Charles Sykes/Invision/AP)

“Last Friday, young people led the world in strike. Millions of individuals did more than simply walk out of their schools and places of employment. They took a stand. They set an example of true leadership that our planet so desperately needs. These young people have said clearly, definitively and without fear, that the time for inaction is over," said DiCaprio (via The Hollywood Reporter). "Yet, surprisingly, some have reacted to this movement with insulting tweets and negative talking points — individuals that seem to care more about profit and their own self-interests than about your own future. But we know that the climate youth movement is more important and crucial than at any time in human history."

The outlet notes that DiCaprio concluded his speech by further chastising climate change deniers for living in an “alternate reality.”

“There is no more time for denial,” he said.

DiCaprio spends a good portion of his off-screen time raising awareness on climate change. He even started the Leonardo DiCaprio Foundation, which is dedicated to building climate resiliency and protecting the planet's wildlife. However, his activism was questioned in recent years due to his travel habits. The actor was previously accused of racking up a hefty carbon footprint by traveling the world on private jets. Most recently, his attendance at a Google climate change conference in Sicily along with Katy Perry, Orlando Bloom and other A-list stars, was slammed as "hypocritical," as 114 private jets dropped off their multimillionaires at the $20 million soiree.

DiCaprio since announced a commitment to fly commercial more.