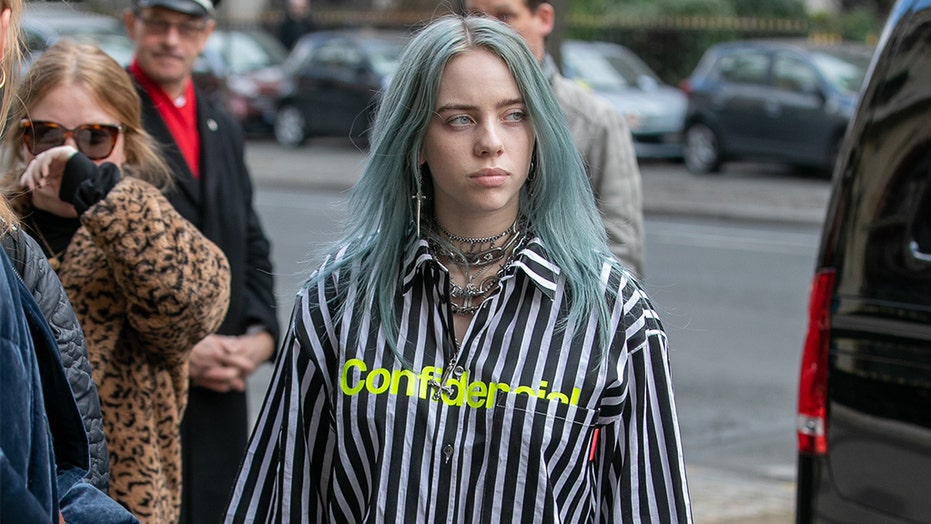 Billie Eilish is upset with Nylon Germany for using her image in an odd cover photo that depicts her as a bald, topless, cyborg-like person.

The 17-year-old singer was featured on the magazine’s cover highlighting “digital prodigies." The image debuted on Instagram with both a picture as well as a motion poster of the same snap. However, the singer was not happy with the magazine for using her image without her permission and doctoring it so heavily as well.

“what the f--- is this s---,” the upset star began her lengthy comment on Instagram. “1. i was never approached by nylon about this piece whatsoever. i did not know it was happening nor did anyone on my team. 2. this is not even a real picture of me. i had absolutely no creative input. 3. youre gonna make a picture of me shirtless?? thats not real?? at 17? and make it the cover???? even if the picture was supposed to look like some robot version of me... i did not consent in any way. 4. ANNNDDD YOU’RE GONNA REMOVE ALL MY F---IN HAIR? booooooooooo to you.”

Eilish concluded her rebuke with a middle-finger emoji.

“For this cover, it was never our intention to create a look that is confusing or insulting to Billie Eilish. It was only ever our intention to honor Billies impact and her work by creating this avatar which is part of a cover series highlighting the power of digital prodigy artists,” reads the the clarification, directed at Eilish and her fans. “This avatar is a piece of 3D artwork created in dedication to her achievements and the positive effect she has had on millions around the globe - including us.“

Eilish has not responded to the updated post on social media and her representatives did not immediately return Fox News’ request for comment.

The star takes depictions of her body in the media very seriously. She previously explained to NME that part of the reason she wears baggy clothes is to dissuade people from speculation about her body.

“I’ve spoken a lot to female artists about this, because if you’re not a female artist you probably don’t think about this,” she explained. “If I was a guy and I was wearing these baggy clothes, nobody would bat an eye. There’s people out there saying, ‘Dress like a girl for once! Wear tight clothes you’d be much prettier and your career would be so much better!’ No it wouldn’t. It literally would not.”